Many people dream of being their own boss, of not always having to say “yes, gladly”, and thus taking on every unpleasant task that comes to the boss’s mind. At the same time, some people fear self-employment because of the unsecured income and pension. Others see in it precisely an opportunity of having more regularly money in their accounts than employees. Various studies by the OECD (The Organisation for Economic Co-operation and Development) explain the background to this as follows. 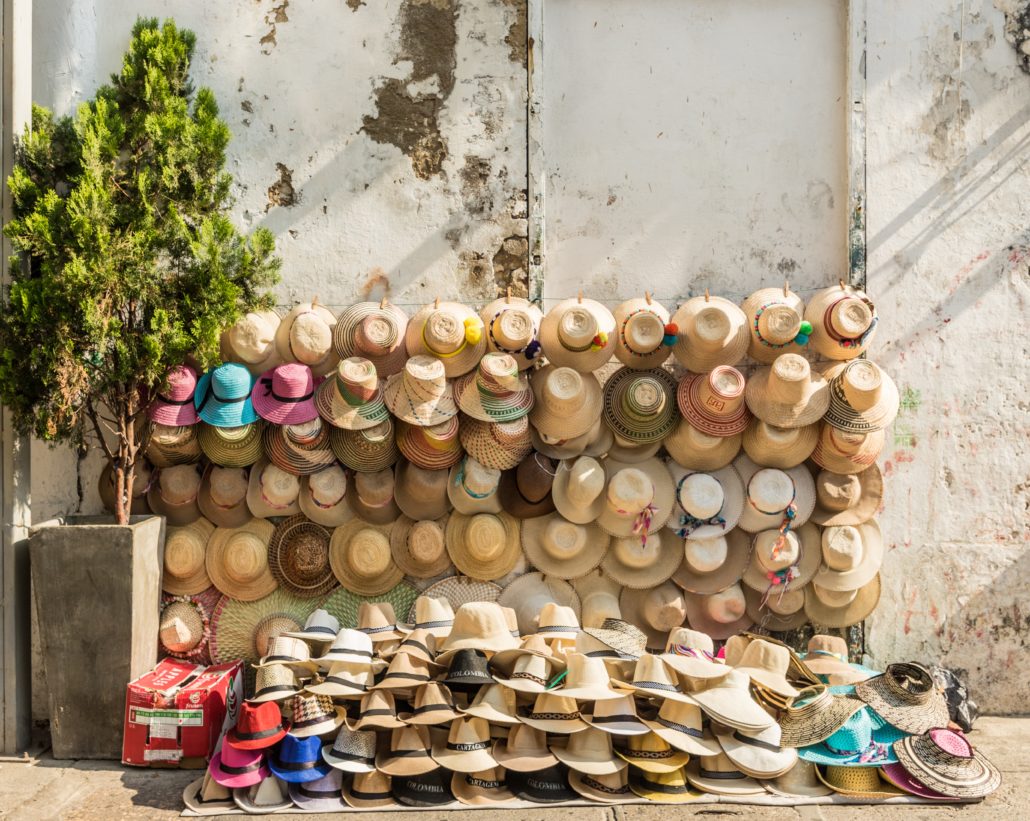 The OECD defines self-employment as “the employment of employers, workers who work for themselves, members of producers’ co-operatives, and unpaid family workers.” Regular surveys of the organization show that the self-employment rate of the total labor force varies greatly from country to country. In the United States, for example, only about 6.4 % are self-employed. – In comparison, Columbia’s (self-employment) rate is at 51.3 % (see chart according to OECD, 2018).

There are several reasons why self-employment has different levels of popularity. In some countries, a large proportion of the labor force still works in the agricultural sector where self-employment is a common practice. For example, about 15 % of the Colombian population still work in this sector. In countries with a small proportion of self-employed people, such as Denmark, Sweden or Canada, it is only around 2%. The United States’ self-employment rate has declined considerably over the last 25 years: in the mid-1990s, it was situated in the statistical midfield. This is due to the enormous reduction of the agricultural sector in the United States that led many people to quit their self-employment. 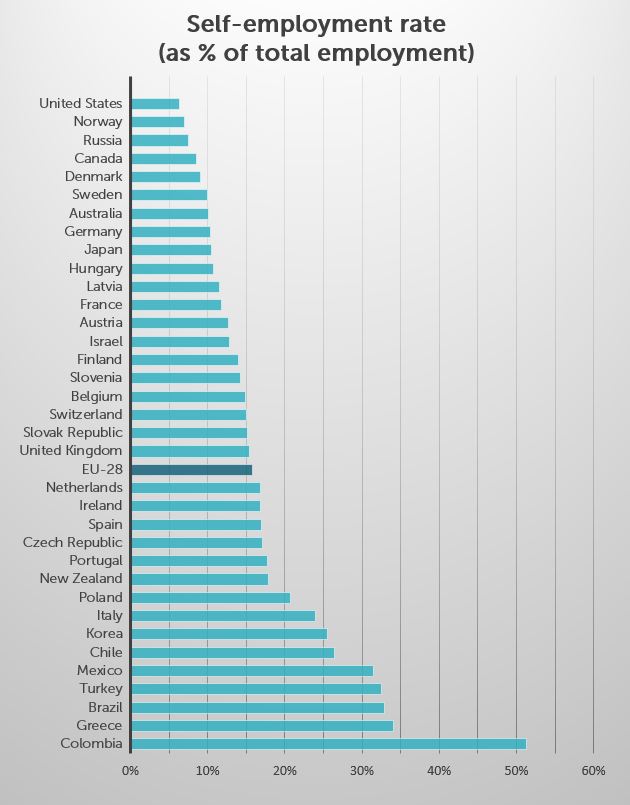 There are further factors that can lead to a high proportion of self-employment. In addition to crime and non-transparent cash flows, working and income conditions might influence a country’s self-employment rate. It is ever more frequently observed that countries with a high average wage tend to have a lower proportion of self-employment. In that regard, the United States is one of the highest-ranking countries with an annual average wage of more than USD 60,000, while Denmark, Canada and Norway are also among the top with around USD 50,000. This stands in opposition to Colombia, which has an average wage of about USD 6,000.

As an equivalent, countries with a large proportion of citizens living below the poverty line tend to have a higher proportion of self-employed. According to OECD figures, 24 % of the Colombian population are affected by poverty. In 2016, the OECD furthermore examined in which countries many people live below the poverty line in spite of being employed. Here, too, a great number of citizens of the most affected countries are choosing self-employment particularly frequently, for example in Brazil, Greece, Mexico and Turkey.

Another indicator is the number of working hours. Greece, Mexico and Chile show particularly high numbers of working hours (around 2000 to 2250 hours per year). At the same time, Norwegians and Danes work particularly few hours (approximately 1400 hours per year), and a particularly small percentage figure chooses self-employment. Colombia clearly ranks first in the average weekly working time of contract-based work as an employee, with more than 48 hours. Looking at all employees (contract-based, non-contract-based and self-employed), this number is already reduced to 44 hours.

Last but not least, labor market insecurity, meaning the likelihood of losing one’s job, and a high workload might lead to the choice of self-employment. These indicators are particularly low in Norway, Canada and Denmark, which remain countries with a rather low proportion of self-employed people. At the same time, these figures are especially high in Turkey, Greece and Colombia.

Colombia, where self-employment is by far most widespread, is facing severe structural problems in the labor market. Employment relationships here are mainly informal which means that people are employed without a contract or social security, often for their own purpose and without exchange value. Informal work is very difficult to measure and control or to regulate by laws. Many employers are forced to continue employing informally because of the high costs, and at the same time many Colombians are not qualified enough to get a good, formal job. Similarly, many people choose (informal) self-employment in order to avoid costs, such as taxes and other fees, so even 93 % of the self-employed people work informally. Moreover, Colombia has set a very high minimum wage above the OECD average. Many employers are unable to pay this amount which has further strengthened informal work and unemployment.

Is it always about being your own boss? No, because in some countries people may feel compelled to be self-employed. To counteract this, there are constructive actions and laws for the individual labor market. JANZZ.technology consults Public Employment Services on possible interventions to make formal work attractive and effectively protect employment conditions. Please feel free to contact us by e-mail to sales@janzz.technology

How a modern and customized high-performance solution for PES is ready in 180... The lifting of the driving ban for Saudi women (finally) creates new job op...
Scroll to top