The world’s most homogeneous society is opening new doors...
You are here: Knowledge Base / The world’s mo...

Japanese society, one of the world’s oldest and most homogeneous, is about to change. In December 2018, Japan’s parliament passed an immigration bill that is intended to boost the economy and to tackle the country’s labor shortage.

More precisely, the law is designed to attract foreign “semiskilled workers.” These workers are to be employed in various industries, among others, construction, the hotel industry, agriculture and nursing care; in the latter case, shortages are most acute. Despite some protests from oppositional parties, Japan’s Prime Minister Shinzo Abe and his government put the bill through by a vote of 161 to 76. Over the course of five years the immigration bill, which is coming into effect in April 2019, aims to attract 345,000 foreign workers to Japan. [1] 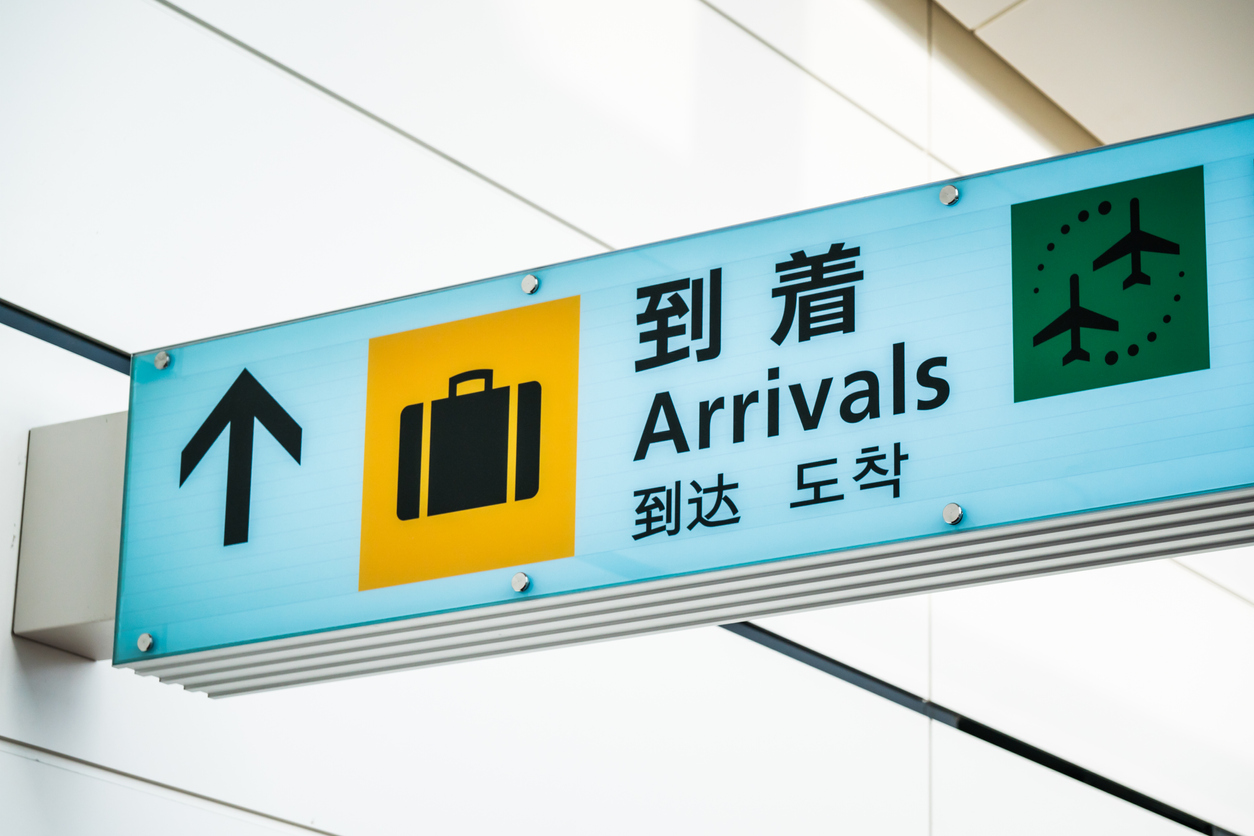 A survey conducted by Kyodo News in February this year shows that Japanese cities are concerned about the accommodation of more foreign workers. The issues cities seem to worry most about are of economic nature and include questions of how new foreign workers can be provided with livelihood support and with salaries on a par with local Japanese workers’. [2]

Both the oppositional protest and the concerns appear to be justified. In 1993, Japan has already once introduced a program concerned with foreign labor, the so-called Technical Intern Training Program. Its purpose was to attract interns from developing countries and to help them acquire technical skills which they could export to their countries of origin. Despite the good intentions behind it, the program has been abused. Many Japanese companies have misused it as a cheap way of employing foreign laborers. This translates to a majority of Japan’s young foreigners doing low-payed “3K jobs” (the three Ks are short for kitsui, kitanai and kiken, the words to describe work that is “dangerous, dirty and difficult”). Many of them receive less than half of the statutory minimum wage, which has a significant impact on the quality of their life and well-being. [3]

According to the Nikkei Asian Review, Japan wants to complement the new program with a range of measures to support foreign workers in adjusting to Japanese life and to encourage smaller cities to take in foreign laborers. Furthermore, foreign workers’ language proficiency will newly be tested with a focus on spoken Japanese.  “People may have various arguments, but if Japan simply continued along the same path, we would find ourselves in a very difficult situation,” Chief Cabinet Secretary Yoshihide Suga says. [4]

The 2018 Aging Report, published by the European Commission, indicates that Europe’s population is continuing to age rapidly, with Germany having one of the oldest populations among European countries. The German population pyramid indicates a negative demographic growth and predicts the country’s arrival at a scary milestone this year: there will be fewer citizens under the age of 30 than such over 60.

To fight these current developments, Germany has taken action. In August and September 2015, the country opened its borders to welcome more than a million refugees. Last year’s employment figures show that since then 400,000 refugees have been integrated in work or training, which seems to vindicate Angela Merkel’s much-criticized approach. “After one year of instruction, most young migrants can speak German well enough to participate in vocational school classes,” the head of BDA (Confederation of German Employers’ Associations), Ingo Kramer, states. [5]

The aging problem also poses challenges for nursing care. Accordingly, many European countries, including Germany, Switzerland, the UK and Finland, are in great shortage of nurses and other professional care providers. To reduce their lack of skilled labor, these countries are introducing relevant policies.

In December 2018, the German government passed a skilled labor immigration law that will make it easier for employers to recruit workforce from outside the EU. In light of Brexit, the UK government is proposing a drastic overhaul of its immigration policy in order to henceforth prioritize high-skilled workers and treat non-EU citizens equally to EU citizens.

A war for skilled migrants

Evidence shows that immigration has played an important role in bringing significant economic benefits, including to the US and Canada. The two countries had the most welcoming immigration policies to attract skilled laborers that aid national businesses in becoming more agile, competitive and profitable in the “war for talent.” Their governments in exchange received more revenue and citizens profited from the momentum created by the influx of high-skilled migrants. [6]

More recently, other countries, too, have expressed their intent to attract skilled foreign workers, which increases the complexity of the skilled migration boom. The most important decision criteria for skilled workers’ choice of country are language and culture. The English-speaking countries of the US, the UK, Canada and Australia are the so-called “Big Four” of skilled migration and take 70% of all high-skilled migrants to OECD states. [7] Countries like Germany and Japan are therefore facing serious competition, even if they increase their policy efforts.

There are, however, also some negative aspects about large-scale migration. Although concerning a relatively small group of people, these negative consequences will have drastic effects. In essence, (im)migration can create unequal power balances. In John Stuart Mill’s words, it is big governments’ responsibility to ensure that the local and short-term social costs do not overshadow the role of (im)migration “as one of the primary sources of progress.” [6]

Another drawback of migration are the economic losses caused by the “brain drain” in the nations that high-skilled workers leave behind for countries offering higher salaries and better living standards. Most of these left-behind countries are less developed—the departure of their best-trained workers only perpetuates this: not only are they deprived of their high-skilled professionals, thereby they also lose the money invested in these people’s education.

On average, nurses earn 250 to 400 euros a month in Bosnia or Serbia. Compare this to a starting salary of about 1,500 euros in Germany. “We are losing our best experts,” says Zoran Savic, the president of Serbia’s medical workers’ trade union. “Younger doctors will fill in their places, but it takes a minimum of ten years to educate a specialist physician.” [8]

According to data supplied by POEA (Philippine Overseas Employment Administration), between 2012 and 2016 more than 92,277 nurses have left the Philippines. Low salaries have been one of the main push factors. [9] In the Philippines, a Bachelor of Science in Nursing program (BSN) takes four years to complete and costs about 30,000 pesos (576 USD) per semester. If only one third of the deployed nurses mentioned held a public BSN, the country has already lost 140,320,097 dollars that it invested in their education.

Similarly, a Kenyan study shows that in Kenya a doctor’s higher-level education costs are approximately 48,169 dollars. If one adds the preceding costs of primary (10,963 USD) and secondary education (6,868 USD), the total education cost for one single medical doctor amounts to 65,997 dollars. [10] For a country whose economy classifies as lower-middle-income the brain drain caused by the departure of expert workers such as doctors constitutes a major problem.

Migration, the only way to tackle labor shortage

According to the World Bank, developed countries could generate global economic gains of 356 billion dollars if they increased immigration by a margin of 3% of the workforce. Some economists predict that if borders were opened completely and labor forces could be allocated freely the world economy would produce gains of even 39 trillion dollars over the course of 25 years. [6]

Oxford University professor Ian Goldin indicates that ensuring a strong labor supply augment with foreign workers will become even more crucial in the future. Therefore, today’s governments need to prepare themselves for the labor market challenges laying ahead of them and they can do so by choosing the right tools and technologies to shape the future.

JANZZ.technology offers exactly what is needed to achieve this. With proven high-tech solutions such as the newly developed Realtime Labour Market Dashboard, its unique expertise in occupation and skills data and extensive know-how about the re-skilling and digitization of employment markets, JANZZ.technology provides an array of effective tools. These tools can be used to analyze and correctly predict both the potential and the demand for specific skills in labor markets, as well as provide policymakers and people in charge with the answers to make the right decisions at the right time.