With gender diversity becoming an ever more important feature of tech companies, some employers are at a loss how to attract more women. As the graphic from Gigaom shows, tech companies struggle to attain an equal number of male and female employees, especially in leadership or technical roles. While the Mad Men days of overt discrimination against women might be over, unconscious bias is still affecting employers and job seekers, resulting in dismal diversity numbers. Cutting-edge software has the open mind that employers lack. 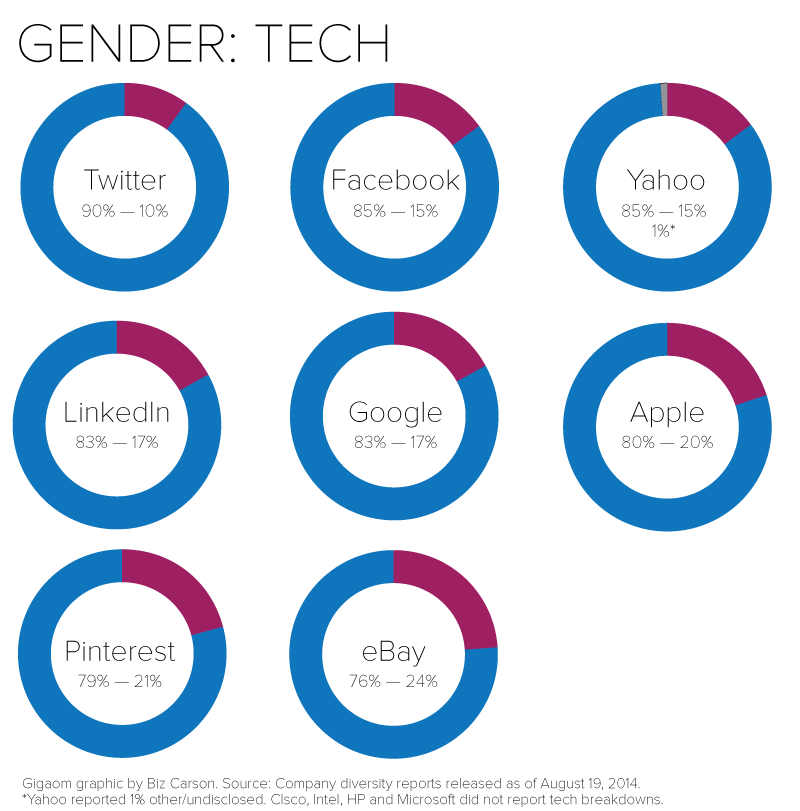 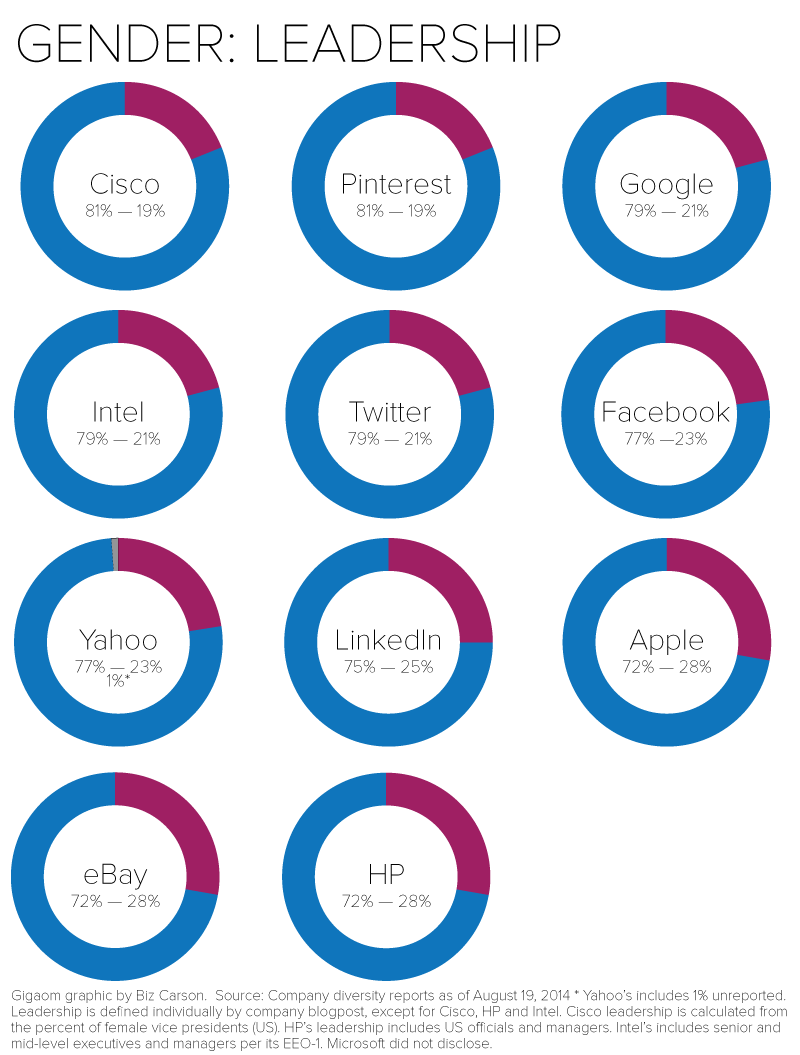 According to a study recently published in the Journal of Personality and Social Psychology, job listings may contain a subtle, unconscious gender bias in the way they are phrased. Even though, these listings do not explicitly exclude women or people of colour, the language in these ads may keep them from even applying. The paper found that this issue was especially prevalent in the engineering and programming industry, as such companies included significantly more “masculine words”. Job listings containing words like “competitive”, “dominant” or “strong” made women less interested in applying – even when they possessed the necessary qualifications. Also phrases like “a proven track record” resulted in more male applicants, whereas “a passion for learning” attracted female job seekers. Unconsciously then, tech companies are upholding the status quo.

As employers find they can’t trust their own objectivity anymore, detecting and preventing unconscious bias has become a growing business. Computer scientist Laura Mather has recently created a computer programme to fight biased hiring decisions. Her start-up Unitive develops software that helps companies detect gender biased formulations and rephrase their job listings in a more gender-neutral way in order to attract more women. Furthermore, the programme has a resume review portion that separates the candidate’s education from their experience in order to circumvent for example a systematic preference for Ivy League schools. Also the job platform JANZZ.jobs offers its users the benefit of gradual anonymity as it does away with the rhetoric customarily found in job descriptions. The platform helps with the formulation of objective requirements and facilitates a largely discrimination-free and transparent application process.

Technologies such as those developed by Unitive and JANZZ.jobs are investments into the future. Mather says “the companies that invest in this now are going to be ahead profit-wise, innovation-wise and they probably aren’t going to have as many lawsuits”.