You are here: Knowledge Base / Shortage of skil... 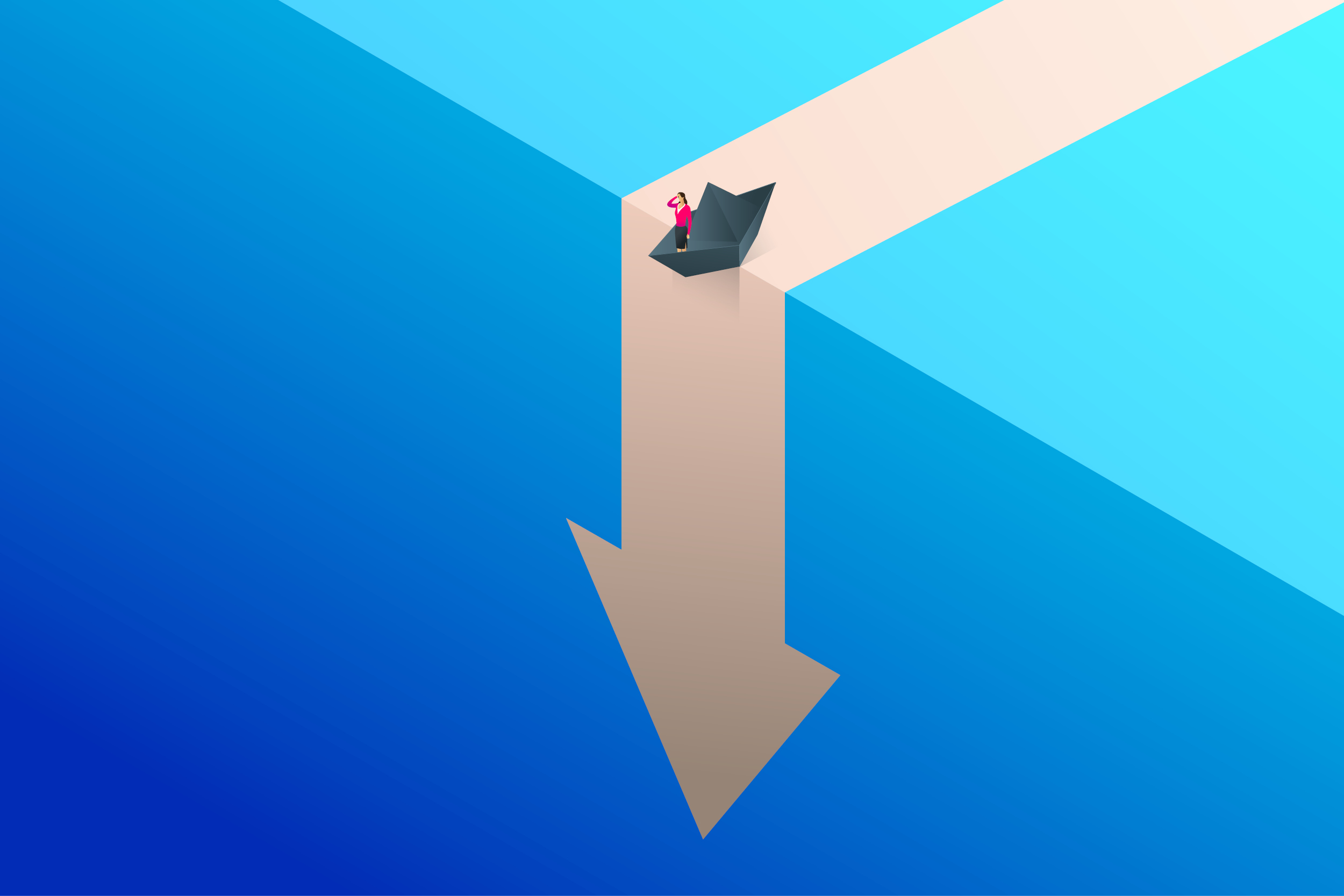 The Federal Councillor’s solemnly echoing speech at the inauguration of the new office complex of a well-known technology company near Zurich Main Station booms from all the loudspeakers. Although baggage handler Mario is only half paying attention, the omnipresent buzzwords “digitization” and “innovation” cannot be overheard. On the way to his favorite pub on Langstrasse, Mario squeezes past the dozens of onlookers and aperitif hunters, doing his best not to catch a champagne shower. He briefly catches a glimpse of the interior of the tech giant’s new location: table tennis, pool tables and even a slide catch his eye – only nothing office-like is in sight. Weird. Over a beer, he tells his best friend Carl about his observation and says with a shrug that it would be nice if employees like him sometimes would feel such appreciation, too. Carl, the owner of a plumbing company, joins him and expresses the same wish for such recognition of SMEs. But he adds mockingly: “Forget about that, though. One cannot generate press for the masses with that. Only headlines featuring terms like ‘artificial intelligence’ or ‘digital transformation’ make it into the daily news.” In silence, the two take a big sip of their beers…

In the last post of this series, we joined Mario in exploring the lack of solidarity and sheer unfeasibility of new working time models that are increasing in demand. We saw that the various developments in the global labor market are in part a perversion of the same, and that the current situation in the airline industry is only the latest example thereof. This time, the aim is to highlight where the responsibilities for such dilemmas lie and how the planning of the Swiss labor market structure could (or even should) be approached differently.

Many people should be aware by now that our labor market is changing from an “employer’s market” to an “employee’s market”. Except, they are not. Unemployment is still being lamented and politicized as a big problem, even though reality holds quite different issues in store. In a nutshell, “employee market” means that there will be an overall surplus of jobs compared to the number of available workers. In the case of Switzerland, this is already the case. At the end of July, the unemployment rate was just 2% – far below that of other European countries. Meanwhile, there are more than 150,000 vacancies on jobagent.ch alone – despite the fact that many actual vacancies are not even published, as unemployment in certain skilled trades is at zero, which makes it virtually impossible to find someone. Bottlenecks in the workforce are therefore not at all limited to high-qualification sectors such as pharma. Even if some folks may associate the phrase “shortage of skilled workers” only with highly educated experts, it is actually a (fancy) term for the lack of workers across the board. Currently, areas like retail or building services engineering (and many more!) are particularly affected by this shortage. That is, sectors with predominantly vocational training jobs.

Occupations in these latter sectors also often fall into the category of so-called “essential services. This name is no coincidence: waste disposal, transportation, infrastructure maintenance, teaching, childcare or eldercare are literally essential for the functioning of our society as we know it today and imagine it in the future. Or how else is the energy transition to succeed without installers to take care of the solar systems and heat pumps needed to make it happen? Ironically, the conditions for precisely such essential work are not always sufficiently attractive for there to be enough people willing to do these jobs. Many things are in short supply, but some of them are certainly sufficient compensatory time off, fair pay and, last but not least, recognition. In technical jargon we would call these things incentives. Unlike the cyber security engineers, the software developers, and the project managers hailed by social media, news channels, and politicians, essential jobs are usually not considered trendy jobs.

All of this should not really be news, as it has been discussed in countless articles about the shortage of skilled workers for quite some time. But not much seems to change. On the contrary, events like the one in the aviation industry seem to become more commonplace lately. The current problems airports and airlines are dealing with are similar to those in other industries where the number of employees with vocational training makes up a large part of the workforce. One need only think of the excessive and unfulfillable demand for personnel in the construction industry, the cleaning sector or the skilled trades. In a large number of cases, the situation will become even worse because, despite the ongoing fear of a ‘robocalypse’, digitization will create even more low- to medium-skilled jobs.

Beyond that, it is also known that baccalaureate rates reveal an increasing tendency, while classical vocational education shows a stagnating or even declining popularity on average. Helicopter parents who indulge in this craze and keep their children from enrolling in school for as long as possible (just so that their chances of eventually graduating with an upper secondary-level degree increase)  are not likely to reduce such developments in the future.

It is thus not difficult to see that the Swiss labor market contains extremely dysfunctional components and is heading toward implosion. And by the way: The effects of lopsided promotion of big tech and university degrees go far beyond the labor market. What they can do to the local housing market, for example, is amply demonstrated by studies on Silicon Valley – cue: “residential segregation”. It is becoming ever clearer that such a scenario is also emerging in places like Zurich…

From guessing to knowing (to planning)

What’s the reason? There’s no denying that some of these problems are homemade. The fact that the working conditions and compensation for cabin crews and check-in agents are not exactly dreamlike should be obvious. At the latest when considering certain key figures and reports on the subject. However, in addition to this, there is an equally important aspect. It is astonishing that no one at the federal level seems to have really bothered to name and communicate the current bottlenecks in aviation – or, if we assume a broader view, in the general area of skilled labor outside of engineering, IT & co. – in anticipation. The State Secretariat for Economic Affairs (SECO) publishes dozens of statistics on the Swiss labor market every year. Nevertheless, it is extremely difficult to gain insight into a meaningful assessment of demand in the vocational training sector or the airline industry in particular. Instead, the federal government prefers to push trendy industries such as information technology, and our politicians douse them with bubbly at corporate openings. All while labor shortages in other industries are blamed entirely on the management sections of airlines, plumbers or construction companies.

The fact that the countdown to the implosion of the (already flawed) labor market could literally be read off from the figures if the problem of a shortage of skilled workers in the vocational training sector were officially treated as such seems to be regarded as a side issue. Again: Of course, management sides also have responsibility if they treat their workforce as interchangeable and care little about the attractiveness of the positions they advertise. But they, too, could definitely do a better job of planning their segment of the labor market if there were nationwide, cross-company demand analyses, which would then be given appropriate media coverage and reciprocated in the educational landscape. Albert Einstein once said, “Recognizing the problem is more important than recognizing the solution, because the accurate presentation of the problem leads to the solution.”

Taking this advice to heart and prioritizing more comprehensive, far-sighted workfore planning would be more than worthwhile. This would also encompass the aviation industry. However, mere guesswork is not enough; hard facts and figures from a central authority are needed to be able to quantify the demand in (working) hours and to move from ‘guessing’ to ‘knowing’ and finally to ‘planning’. Future employees have the right to know exactly how the labor market is doing, so that they can make their own decisions about career and training choices. Together with an upgrading of the vocational educators who work in such “crisis industries”, as well as further measures in the area of remuneration and training, this could definitely achieve more than pompous inauguration ceremonies of in-vogue companies on Europaallee. Or a mockery of the failing managers. The consequences of the current mismanagement of essential service provision will affect not only the overworked employees but also us consumers – the longer the more directly.

Speaking of which: Mario and Karl are now on their third beer, and their conversation, too, is turning to the topic of “consumption”: “Do you know what really gets my goat? These designer-wearing, non-stop broadcasting influencers in their early 20s who turn up their noses at my work colleague Pedro when he changes the trash bags at the recycling station. And who then get loudly upset in their live stream that their ticket to Ibiza is a whopping 10 percent more expensive than last year.” – “Even though it still doesn’t cover half of the actual costs incurred and people like you can only dream of such a jet-set life! Yes, I can understand that very well…” Carl replies. “Many newspapers are writing about the chaos at the airports right now, but the topic of price pressure from the customer side is mentioned rather rarely. Maybe on my next day off I’ll write a little letter to the editor and send it in. Perhaps someone will listen after all.” If you’d like to read Mario’s thoughts on the matter, stay tuned to this series…

For more than a decade, JANZZ.technology has been observing labor markets all over the world within the scope of various projects. Our products provide efficient methods to investigate aspects such as need, demand and must-factors on the part of job candidates and to calculate easily understandable indicators, for example by means of gap analyses. This gives our clients, amongst them several national governments, a clearer picture of what is happening in the relevant labor market and enables them to take appropriate action. To learn more about our solutions, please contact us at info@janzz.technology or via our contact form, or visit our PES product page.

Some popular tampering of data and graphics… AI ethics – you can’t build something on nothing.
Scroll to top