Due to digitization, jobs will disappear. This is old news to our ears. Yet, the predicted consequences made by the first comprehensive study on the effects of digitization by 2030 are devastating: In Switzerland alone at least 1 million jobs are said to disappear, which is a frightening figure for a population of about 9 million people. In fact, McKinsey & Company find that almost entire industries are affected – but they also anticipate that digitization enhances productivity and creates new jobs. 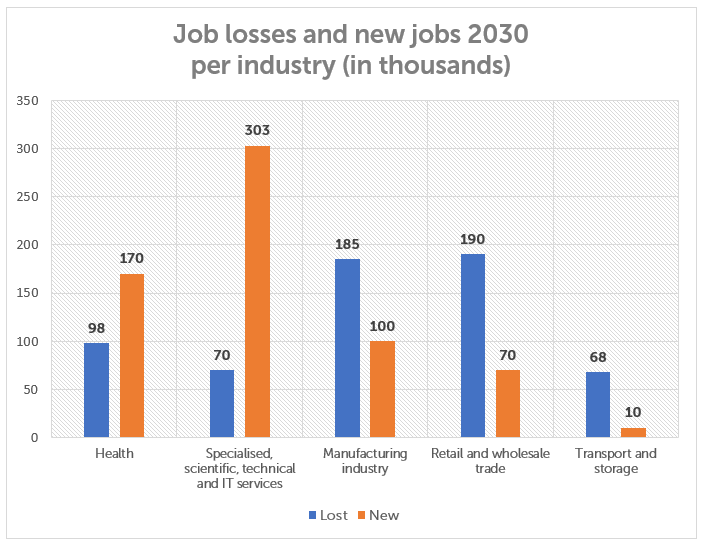 McKinsey & Company’s study “The future of work: Switzerland’s digital opportunity” predicts that 20 –25% of jobs in Switzerland are at risk of disappearing. Above all, it is manual and simple cognitive jobs such as cashiers, data collectors, warehouse clerks or production assistants that under digitization need no longer be performed by people. Thanks to a large number of small technological innovations, these jobs are already increasingly automatized today – this will increase considerably by 2030. Manual skills, too, will be increasingly less in demand, especially so-called low-skilled jobs. Statistical, reading and writing skills will also become highly automated by 2030. Likewise, there are already very good tools available for successful project management. This poses a particularly major challenge for the Swiss banking sector where many of these skills are crucial. There is already a growing number of bank customers who dispense with personal consulting and prefer instead the information portals of online banking. In numbers, the expected amounts of jobs that will disappear are about 50,000 jobs in the financial sector, 120,000 in the retail trade and 70,000–100,000 in the industrial sector.

Of course, digitization also requires new skills, which is why there is a simultaneous generation of new jobs and positions, particularly with regard to technological, scientific and social skills. After all, digitalization has to be carried out by humans, hence its very implementation stimulates the growth of new job opportunities during the transition period. Unfortunately, the newly created 800,000 jobs in these areas will not coincide with those in which positions are currently disappearing. Rather, “Digital Transformation Officers” and “Project Managers Internal Digitization” are now in demand.

So, jobs cannot simply be redistributed: for example, a machine operator will not be able to become a project manager without great outlay. Neither will a cashier just assume the tasks of a nurse. Therefore, it is important to take measures in training at an early stage; partly because retraining is costly, partly because it is difficult to perform with broad sections of the population. The same goes for skills and soft skills: technological understanding, or the empathy and strength to provide for elderly and sick people are not natural givens to everyone.

The increase in new positions will not only be in the technological sector, but also in healthcare.  One decisive factor in this area are social skills. An important contributor to this development is the fact that society is ageing: by 2030, 23% of the Swiss population will be over the age of 65, compared to 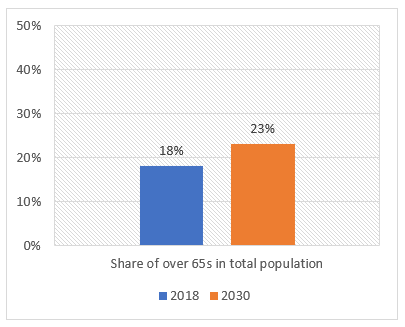 18% today. Accordingly, the demand for nursing staff is increasing considerably. In the health sector an additional demand of up to 85,000 employees is expected, especially of health and trained nursing professionals. This is in contrast to the fact that there are both already too few people being trained and many who leave their jobs after a while; among health professionals, it is as many as three out of four. Among registered nurses, about half remain in their profession. There are many reasons for this: shift work, hard physical labor as well as low wages.

This shortage in healthcare professionals cannot only be found in Switzerland, but worldwide. A study finds that in near future the United States’ lack of health staff will increase by some 2 million people, especially with regard to nursing care at home and in retirement homes. Yet, it is exactly these jobs which have an extremely low pay, with some of them being way below the median American income. Likewise, it is precisely these kinds of jobs that include physically challenging and inconvenient shift work. Under the current circumstances it is very unlikely that the necessary positions will be occupied.

How to finance and structure the future labor market

At first glance one would think that it is nice that especially physically challenging work will be made easier with the introduction of robots and other technological aids. Unfortunately, this also brings financial alleviation to health insurance funds. How, then, will we finance the future labor market, or, for that matter, road construction, schools or the necessary equipment for digitized world? Are we going to introduce a “digitization tax”? Will employers have to pay pension insurance “for” robots to compensate for the remaining human workforce?

The question also remains whether such a takeover by robots is even permitted. Changes that so far were monitored by human eyes will now be perceived by screens. Is this even legally defensible? Many procedures would furthermore require specific certificates. Thus, how can one secure a robot’s competence? Can robots, for example, pass driving tests?

The clarification of responsibilities is already difficult today, particularly when it comes to mistakes. Oftentimes, the determination of the responsible party requires months of assessment. Thus, will we soon be able to take out “robot insurance”?

The problems are the same worldwide

As indicated, it is not only Switzerland that is facing the outlined challenges. In Germany there is already a MINT staff shortage of 300,000. In the US, a large-scale study examined 702 jobs for their probability of automatization and concluded that 47% of the American working population is highly likely to be affected. Jobs requiring a high level of social intelligence (e.g. press spokespersons), creativity (fashion designer) as well as good comprehension and operation (surgeons) are hardly at risk. The situation looks similar if one looks elsewhere. The investment group CBRE finds that until 2025 50% of jobs in Asia will be at risk, especially in manual and cognitive areas.

In Germany the gravity of the situation has been recognized. The country is introducing a law that simplifies immigration for skilled workers, a measure to counteract the growing shortage, particularly in the health sector. The law applies to citizens of third countries, that is, non-EU countries that already benefit from the free movement of persons. This means that anyone with a sufficient qualification for an employment contract can immigrate. There will also be a six-month visa for the time necessary for job search. The current measure, namely the check whether an EU-citizen can perform the job, is cancelled. There are similar ideas developing in the UK, where in early 2019 a new start-up visa will be introduced. The UK’s intention behind this is to make it easier for foreign technology entrepreneurs to set up new businesses

How should these challenges be met? Digitization pushes two tasks to the foreground. Firstly, the transformation of the economy ought to be supported decisively but should not be done too quickly. 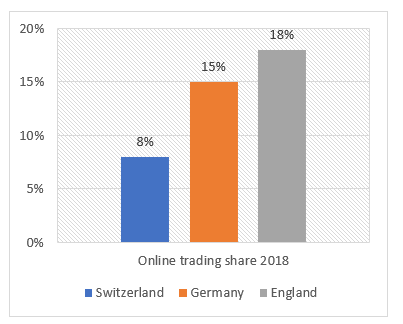 Too rapid a transformation could lead to higher unemployment, if the situation arises that new skills have not been developed fast enough. Transformation also requires new processes and business models. For example, only 8% of trade in Switzerland takes place online, compared to 15% or 18% in Germany and the UK, respectively. If digitization succeeds, the Swiss economy in particular will be able to benefit considerably from the transformation and might increase productivity by up to one percent per year. Furthermore, higher real wages are likely to increase consumption and, in turn, to create new job positions.

Training instead of waiting

Concurrently, the focus must lie on the fundamental training of employees and learners in the skills of the future. To this end, teaching should have much more technological content. For example, trainees should be able to perform more office tasks on the computer. Today, the demand for technology graduates in Switzerland is far from being met; in the future, the 3,000 graduates now available would cover less than half of the positions to be filled.

Furthermore, it has been shown repeatedly that social skills are fundamentally underestimated: they play a major role in the long-term successful development of the labor market. This is another area in which companies and educational institutions should start to provide comprehensive training. Overall, thus, a fundamental rethinking of the development of skills is indispensable.

For almost a decade, JANZZ.technology has been observing and working with many labor markets worldwide. Our matching engine “JANZZsme!” matches completely unprejudiced, as it is based on the relevance of competences, experiences, specializations, industries and more. It creates transparent and easy to understand gap analyses of your employees’ skills. This will give you a clear idea of which skills are available and which ones should be expanded or redeveloped. Contact us now for a consultation and we can accompany you with our know-how on your successful way to digitization.

[4] Frey, Carl Benedikt, Osborne, Michael A. 2013. The Future of Employment: How Susceptible are Jobs to Computerisation?. Oxford. URL: https://www.oxfordmartin.ox.ac.uk/downloads/academic/future-of-employment.pdf [2018.11.10].