The lack of graduate jobs in the UK and the subsequent un- and underemployment of university leavers have been decried for years. New research now reports that over-qualification has reached saturation point, with woeful impacts on the UK economy. 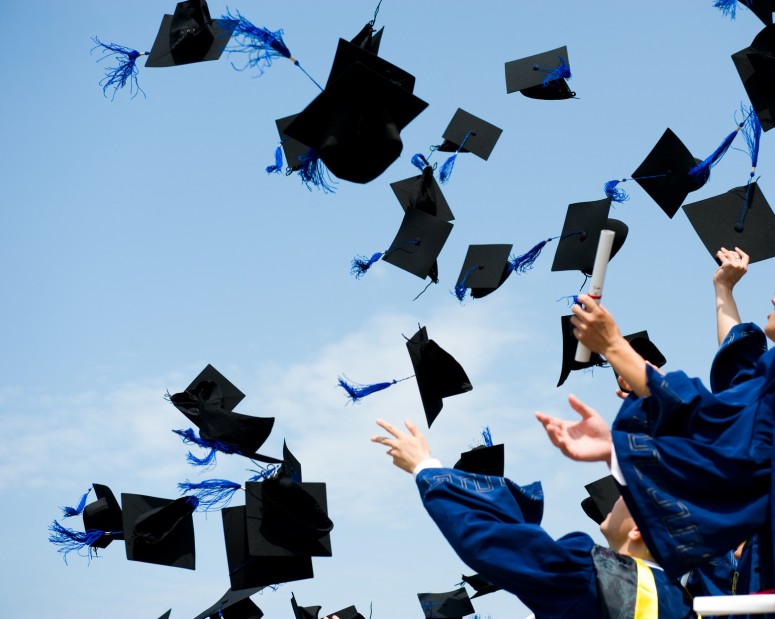 According to a report commissioned by the Chartered Institute of Personnel and Development (CIPD), more than half the UK’s graduates are wasting their degrees in jobs that do not require a university qualification and are thereby driving lower skilled workers out of their jobs. Furthermore, the authors warn that the money invested in education is wasted, leaving young people crippled by debt as they enter an increasingly competitive labor market. Importantly, the discrepancy between the qualifications and skills of university leavers and those needed by the labor market has severe macroeconomic impacts, as it affects economic competitiveness and growth negatively, increases unemployment, undermines social inclusion, and generates significant economic and social costs.

“The assumption that we will transition to a more productive, higher-value, higher-skilled economy just by increasing the conveyor belt of graduates is proven to be flawed,” said CIPD chief executive Peter Cheese. “Simply increasing the qualification level of individuals going into a job does not typically result in the skill required to do the job being enhanced – in many cases that skills premium, if it exists at all, is simply wasted. This situation is unsustainable given that the government estimates that 45% of university graduates will not earn enough to repay their student loans.”

Indeed, the UK is trailing behind other European countries, leaving only Greece and Estonia with a higher underemployment rate. While countries such as Germany, Switzerland or Slovenia have underemployment rates of around 10%, a staggering 58.8% of students in the UK are not using the qualifications from their degree. The findings of the CIPD are supported by a claim from the Office for National Statistics in 2013 that half of recent graduates in the UK were in non-graduate jobs. 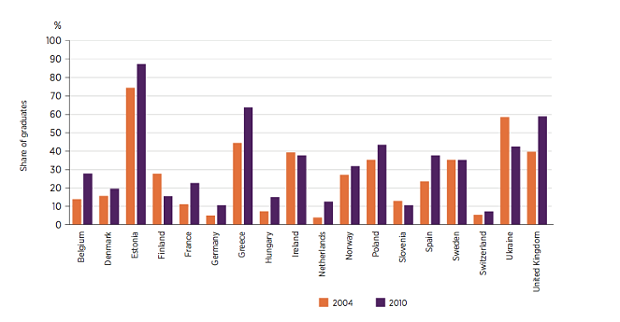 Graduates in non-graduate jobs, 2004 and 2010. The CIPD report noted a rise of underemployment in most European countries. Illustration: European Social Survey

In order to improve the bleak outlooks of graduates, the CIPD suggests raising the profile of alternatives to a degree such as apprenticeships and re-evaluating how employers invest in further training. The report thus applies a Malthusian logic to the issue of over-qualification, arguing that young people should rather pursue alternatives to a university education as the demand for skilled work on the UK labor market is saturated. Indeed countries, such as Switzerland, with a dual education system that fosters apprenticeships and other alternative educations perform significantly better in terms of matching qualifications with labor market demands.

The UK’s poor record is thus only the latest evidence of the skills mismatch and labor market frictions across Europe – a phenomenon investigated in the Nobel Prize winning research of Diamond, Mortensen and Pissarides. On the basis of this research, JANZZ.technology has developed a practical tool to recognize discrepancies between labor market demands and skills supplied by workers. Its solutions thus offer an effective way of gaining the necessary information in order to get better value out of an education system and to increase an economy’s productivity. As the CIPD has recognized, better information about degrees and their prospects might just be the first step to recovery.

Survival of the Fittest: Badly Educated Men Struggling to Keep Up JANZZ.technology Releases a New and Improved Version of its Ontology
Scroll to top