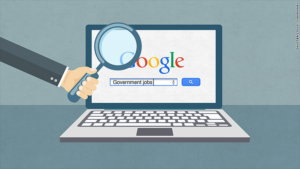 This week, the landscape of online job search has gained a significant addition with wide-ranging implications. In line with its recently announced initiative “Google for Jobs”, Google launched a new jobs search feature right on its search result pages that lets you search for jobs across virtually all of the major online job boards. Google’s new initiative not only has the potential to disrupt the online job search market, but the initiative’s underlying data model, an occupation ontology, may change the nature of job and candidate searches altogether. We should know, as we have been working with occupation ontologies for the past 8 years.

Google’s advance into the domain of job search threatens many of the existing players. Not just because the feature will likely focus more user searches on Google’s own site but also because Google’s search quality will likely surpass other services due to the occupation ontology Google has built. Other online job services will have to carefully consider how to go ahead in face of Google’s move. Some can partner with Google. Others will have to look elsewhere for solutions. For the latter, we can offer an even more extensive ontology of occupations and skills.

Many people already start their job search on Google. But with the new feature, they will have a very different experience on Google from now on. Previously, Google search queries for jobs, such as “retail jobs” produced a list of links to websites like Indeed and ZipRecruiter. People would click on one of the top links and continue their search on their chosen site. However, Google’s new feature will keep significantly more search traffic on Google’s own site, as Google’s new feature will list single job postings in a box above the traditional web search results. The information will come from the websites of job search specialists like Glassdoor and LinkedIn, and directly from the career sections of many other company websites. Job seekers will click on the new listings and Google will show more information about the position. A “Read More” button will take them to the job site or mobile app where the listing originated.

Job Board Woes
While Google initially partners with some of the biggest players in job search, including CareerBuilder, Monster, LinkedIn and Glassdoor, Google’s new initiative also injects great uncertainty into the business models of many players in the recruitment market. Most directly affected are job aggregators like Indeed. Chris Russell, a recruiting technology and job site consultant with RecTech Media, said to SHRM that “just like that, Indeed can no longer call itself the ‘Google for jobs’.” Other recruiting technology experts go even further saying that “it may take another 10 years for Indeed to become an afterthought, but it’s fooling itself if it thinks this isn’t a DEFCON 1 moment” (SHRM). Indeed’s SEO traffic will certainly drop as Google takes over the top spots in search results, prized online real estate Indeed currently holds. Furthermore, companies may be encouraged to list fewer jobs on job boards, where they often have to pay, as Google picks up the listings directly from their career sites.

But that is just to sum up briefly a few ways in which Google’s new initiative may affect the status quo in online job search. There would be a lot of other things to consider and Google is of course also tied to many of the existing players from its other revenue streams, in particular its ad business – relations which Google may not want to upset. In any case, the more significant shift may lie in the underlying data model and approach Google has used to build its solution: the occupational ontology. While ontologies have been around for some time, they have never been used on a large scale. Google’s initiative has put occupation ontologies centre stage, which may finally alter the way companies and technology providers approach the problem of matching people and jobs.

The Problem of Matching the Right People and Jobs
The most challenging problem in business still is matching the right person to the right job. This has many reasons. First, many of the criteria that determine whether a position is right for a person, such as personality and lifestyle, are not embedded in job descriptions. Second, many job descriptions are limited, out of date and often poorly written. Third, employers each use different language to describe the same jobs. For any given job, there are hundreds of different job titles, which makes job or candidate searches often inaccurate and misleading. This has led to a mismatch on the job market: Employers say they still have issues filling open positions. Meanwhile, job seekers often do not know there is a job opening just around the corner from them because search engines have trouble detecting what job postings really mean.

Enter the Occupation Ontology.
This is where the occupation ontology comes in. An occupation ontology functions like a Rosetta Stone between job seeker and employers: it aggregates similar job titles, competences, educations and so on, and thereby helps understand the nuances of CVs and vacancies. An ontology aggregates similar job titles into families of jobs to build a truly useful, searchable, “universe” of jobs, organized by discipline and functional domain. By understanding the relationships between job content, competences, experience, and education, an occupation ontology helps deliver more relevant search results and recommendations. 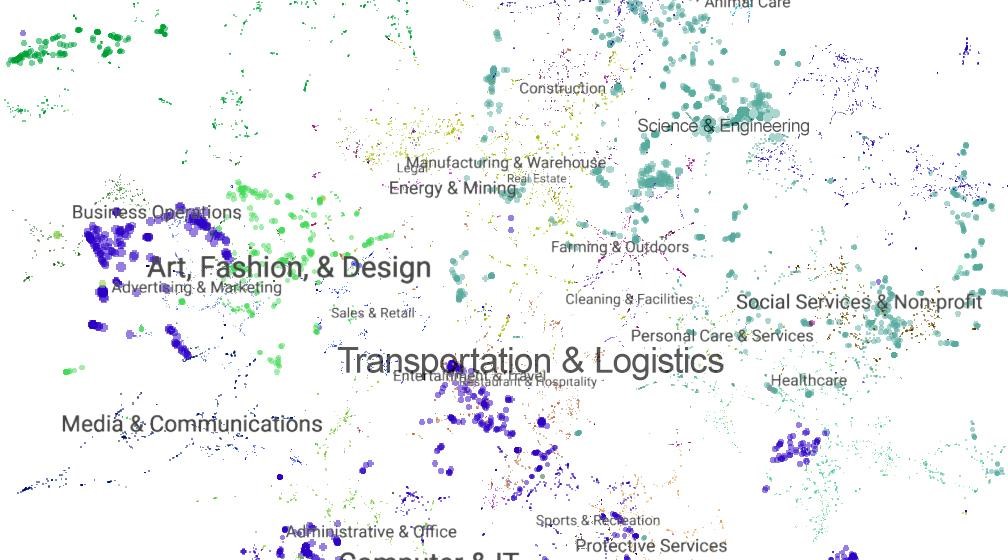 An occupation ontology therefore offers maximal support both for job seekers and employers. When it is integrated into a job platform, it allows users to get the search results they are looking for without having to worry about their search criteria being too broad or too narrow. In contrast to keyword-based / Boolean search, an ontology based search will deliver results for things you did not explicitly search for but are related to your search criteria.

For instance, even a simple job such as “truck driver” appears in myriad of different wordings, depending on the company. FedEx Express calls drivers Couriers, FedEx Office calls them SameDay City Couriers and FedEx Freight calls them City Drivers. They each use different language to describe that very job. In a normal job search for “truck driver”, these jobs would not surface. However, an ontology knows that these jobs are highly similar and can include all of these and more in the results of a job search.

What Now?
Building an ontology is an enormous undertaking but it will benefit our economy and entire society if it is applied right. Google’s initial customers have been psyched with the successes they have achieved by using Google’s job search. Likewise, our customers have been surprised by the extensive improvements they were able to make with our knowledge graph (JANZZon!). Google has built an occupation ontology in English so far. In the past 8 years, we have built an occupation ontology in 8 languages that captures job universes from regions as diverse as the United States, Germany, Norway, and the Middle East. We have learnt that as the dimension of the ontology grows, both its complexity and value multiply.

Now, while Google’s job feature is a great step towards better job search quality, it is not a suitable solution for every player in the job market. Some, like Indeed are notable excluded from working with Google for competitive reasons, others, such as public employment services and HCM system providers may have greater needs for data security and customization, and finally, Google’s feature does only serve the English language so far. So where should companies look for solutions to keep in step with the rapid technological advancement?

Licensing an Ontology of their Own
Some companies have tried to build their own ontology but have failed to maintain it as a result of a shortage of specialist knowledge and insufficient resources or financial means. In recent years, many digital graveyards have emerged in the area of occupation data. The easiest solution is to license an occupation ontology as a cloud service. The occupation ontology JANZZon! offers this possibility and gives companies and public services the chance to connect to a wealth of knowledge about occupations and skills and to use it for their existing applications. JANZZon! is currently available in 9 languages (working on up to 40) and extends over all industries and job families. It is the most comprehensive ontology available today. And why not give someone else but Google a shot ??