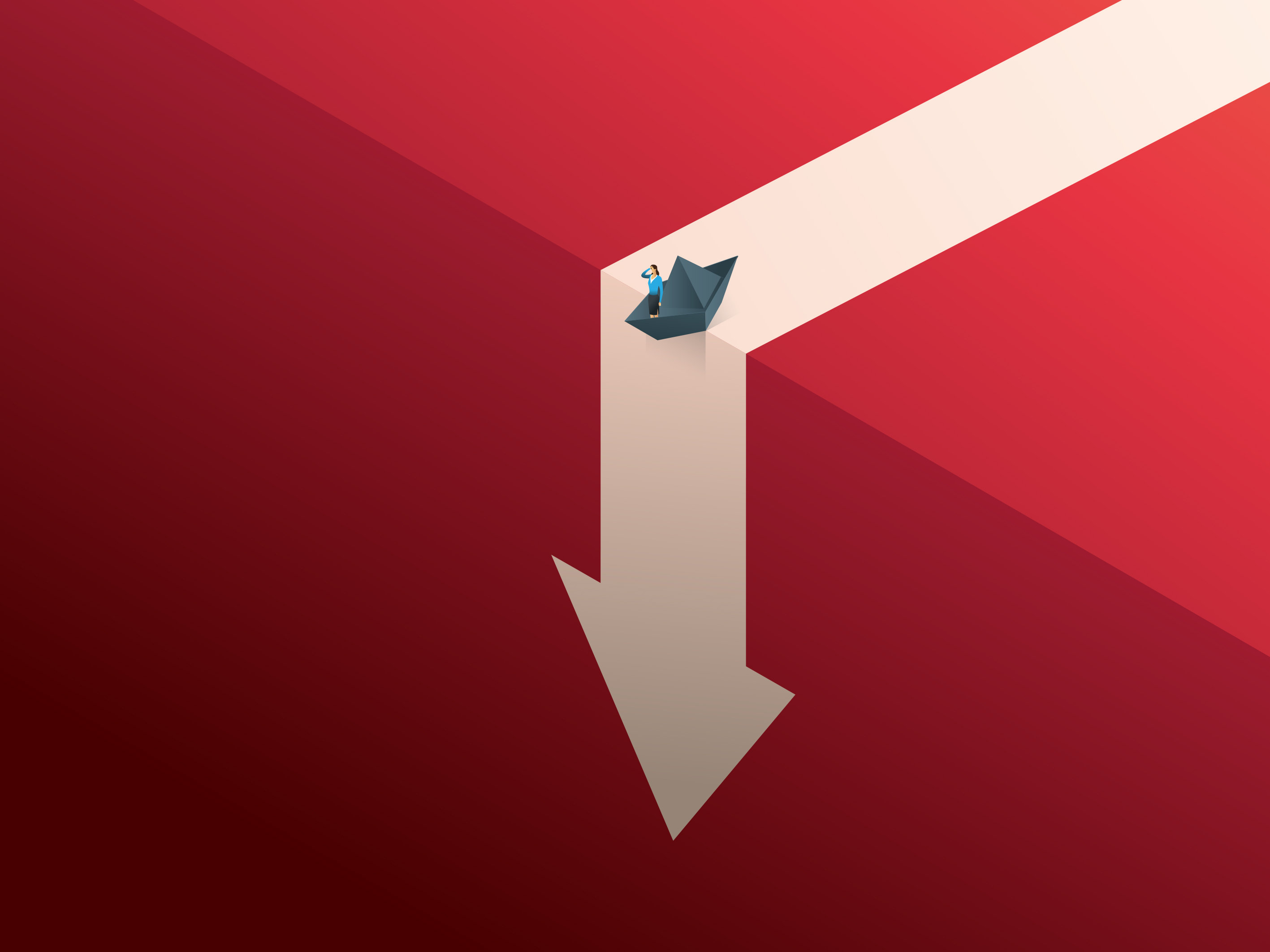 Zurich airport, 06:43 on a Friday morning in July, which has so far been marked by scorching heat. Baggage handler Mario V. is enjoying a short smoke break between LX 243 from Dubai and LX 1952 to Barcelona. Although “enjoying” seems to be a somewhat exaggerated choice of words these days. Since the start of the summer season, Mario’s working days – like those of most of his colleagues on the ground and in the air – have been marked by a lot of overtime, chaotic instructions from his employer and rude – or downright insulting – remarks from passengers who are now going on vacation in droves. All this stress is caused by the decision of several airlines to cancel hundreds of flights this year and to struggle through the remaining ones with a number of staff that has been drastically reduced since the pandemic (so much so that there is now a severe shortage). While scrolling through the news Mario reads an article and its comment section discussing the current shortage of skilled workers. Under calmer circumstances he might have laughed about what is written there but given the current situation it brings his blood to the boil even at this early hour: Some high earners, spoiled by home office and free coffee, pride themselves on demanding things like the 4-day workweek or the 6-hour working day. They claim this “especially for people in professions with hardly any rest for the head,” because in those “it is only the result that counts anyway” (and not the working time). ” Well, thanks a lot for your solidarity,” Mario thinks to himself. Do they actually realize that he has to reload their suitcases by hand and must not make a single mistake; that his work combines mental work and back-breaking work, and that his tasks demand the very performance of a Super Mario? The much-vaunted idea of “learning from errors” obviously does not seem to extend beyond some people’s own office corner. As soon as someone outside of their working environment has a mishap, tolerance falls by the wayside – this happened just recently when Skyguide’s air traffic control technology had failed. Nobody seems to be willing to lobby for workers like Mario here. Rather, these people like to portray his kind as an incompetent, lazy bum while on their way to Mykonos. Miserably, the baggage handler returns to the cargo area to prepare the loaded baggage cart for the airfield…

4-day workweek an impossibility? In any case, it shows a lack of solidarity

The fictitious example above illustrates in a simple way how many of the accumulating problems in the global labor market have now arrived on our doorstep. One wonders: Why has no one anticipated this disaster in the airline industry, so that Mario and many other workers do not have to resort once again to the ultimate (but unsustainable) leverage of striking? Or, even worse, to face the threat of an increase to 50 weekly working hours…

Exactly such an increase (to 42 h) has just been proposed by the German industry president, primarily to counteract the much cited, growing scarcity of skilled workers. The proposal was met with strong criticism and the proponent was accused of being stuck in the past. At the other end of the spectrum, experts (and wannabe experts) are talking their heads off about alternative, “contemporary” working time models such as the compression of a full-time job to a so-called four-day or 36-hour workweek. Euphorically, they rave about the few positive examples that actually exist, such as Microsoft Japan or the microcosmic island state (i.e. special case) Iceland. Anything to manifest your own wishful thinking… Leaving aside the injustice mentioned at the beginning of this article, namely that there are many employees in sectors for whom such demands are simply not feasible because their work is not based solely on productivity but also on on-call duty, compulsory attendance without any Monday-Friday/9-5 basis or flexitime. Think of the hospitality industry, nursing, retail, waste management or teaching. Or indeed aviation. Say, one chooses to ignore this lack of solidarity and how it contrasts with these already privileged employees’ cry for even more flexibility. Even so, the question arises as to how on earth this calculation is supposed to work out if we look at the current relevant labor market indicators.

Shortage of skilled workers and reduction in working hours: the math doesn’t add up

A side effect of the restriction to four working days per week, which is often mentioned by supporters, concerns the creation of additional jobs. In view of the current labor market situation, however, this would likely bring about even more problems instead of solving them – the term “contemporary work schedule” is therefore only partially apt. After all, it is by now a well-known fact that in Switzerland – as in several other countries – there is currently many times more work (in the form of jobs, i.e. hours to be worked by people) than people looking for work, and that this trend could intensify even further. We feel the effects of this during events such as the current one in the aviation industry: many workers do not (or no longer) want to put up with the poor pay and working conditions in certain sectors and choose or switch to other fields of activity under better terms. This happened in thousands, especially at the height of the pandemic, which created many additional unfilled positions.

All of this seems to be ignored when people praise alternative working time models from their cozy home office or nicely located, air-conditioned office room. The same goes for the fact that the unemployment rate and labor force participation are currently at all-time lows and highs respectively, meaning that most people who are willing and able to work already have a job. The same applies also to the circumstance that the baby boomer generation is about to retire without any expectation of an equal number of (let alone more) people coming into the workforce. In short, the countdown to the implosion of the labor market is running. Moreover, we will all feel its effects even more violently than in its current form at the check-in and baggage carousel on our way to vacation. With such a starting position, it is simply nonsensical to demand that everyone works one day less. Mathematically, this can be shown relatively simply using a rule of three:

The crux of the matter is that there is not or will not be 20% more workforce available of what is already needed today (in certain industries, actually not even as much as is needed now, since there are already a lot of vacancies).

Are there any conceivable alternatives that would actively combat the shortage of skilled workers, but wouldn’t present us with a mathematical impossibility? One option would be to promote large-scale immigration for employment purposes; but not only for the highly qualified skilled workers, as certain politicians like to demand time and again. However, with respect to this idea it should be noted that recent evaluations indicate that in certain industries the recruitment opportunities for immigrants are exploited to the max, even if the free movement of persons is fully utilized. Thus, such a move would only partially counteract the current demand. This leaves us with the option of taking a completely fresh look at the labor market in its current fundamentals, with the aim of correcting certain malfunctions…

On his way home from the early shift at the airport, Mario thinks back to his moment of resentment in the morning; thanks to further flight cancellations it was not to be the only one of the day. It becomes clear to him once again that his industry and possibly many others are on the verge of a crash landing, yet no one seems to care in the long run. Neither “those at the top” of the airport and the federal government, nor the thousands of travelers who run in front of his baggage cart every day. But right now, Mario is so tired of non-stop standing, sorting and hauling that he’s postponing this headache to a later moment… Let’s grant Mario his well-deserved rest and let him roll out some more thoughts on topics like labor market planning and consumer responsibility in the next few posts (pun intended).

At JANZZ.technology, we collect a wide range of labor market information, including labor supply and demand, through a variety of projects. We do this not only in Switzerland, but also in collaboration with the Public Employment Services (PES) of countries around the world. Since 2010, this has enabled us to develop market-leading evidence-based solutions. Not only are our systems efficient, scalable and extremely powerful, they also rely on ontology-based semantic matching. Furthermore, all our tools provide unbiased results in line with the OECD principles for AI. We are committed to stimulating fact-based discussion and raising awareness in all areas related to labor markets and processes. To learn more about our services, please contact us at info@janzz.technology or via our contact form, or visit our PES product page.