To many tourists, Switzerland is often considered as one of the most beautiful countries they have ever visited. However, if they decided to move to this country, would they still feel the same? Would that love at first sight last when they try to land a job? 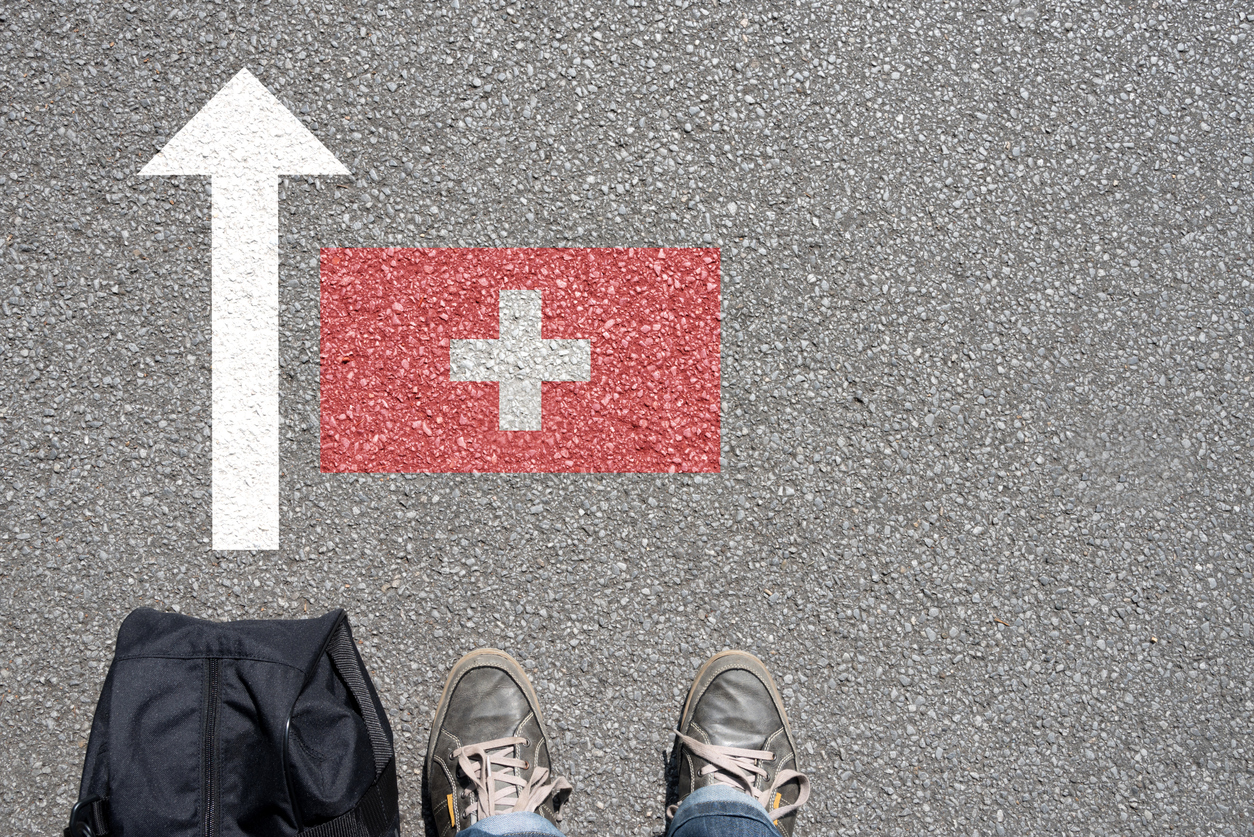 High salary is one of the major incentives for foreign workers to seek opportunities in Switzerland. Statistics from the Federal Statistical Office (FSO) show that the number of foreign workers commuting daily to Switzerland from neighboring countries is on the rise, reaching 332,177 in 2020 [1]. The FSO also reported that by the end of 2019, the number of foreign nationals actively participating in the Swiss labor market has increased to 1.6 million [2], leaving roughly 1.3 million migrant workers—around a quarter of the nation’s total employed population.

There are many reasons why migrant workers experience a disadvantage in a host country’s labor market. One major aspect is compatible skills, including both human and social capital. Compared with native-born residents, new migrant workers are often at a disadvantage in terms of these skills in the host country. They are generally less familiar with local customs and less likely to have recognized occupational training or certification. They also lack information about labor market opportunities, for instance local networks that can be useful in a job search, or employer expectations. Fortunately, these disadvantages decrease the longer they stay in the host country [4].

Local language is another country-specific skill and fluency in the main language of the host country is an important determinant of success in the labor market. Switzerland is a multilingual country with four official languages: German, French, Italian and Romansh. According to our estimates based on over 10 years of experience in occupation data analysis, the average number of languages asked by employers in Switzerland is 2–2.5: one or two local languages combined with English. For native speakers of one of the local languages, this constitutes knowledge of one or two foreign languages—both of which are part of the standard curriculum at Swiss schools. For migrant workers, at least for the around 60% who are not native speakers of one of these four languages, these requirements are slightly different.

When comparing the skills and qualification levels of workers between Swiss and foreign nationals, the proportion of foreign nationals with higher education is comparable to that of Swiss nationals. At the other end of the spectrum, the proportion of low-skilled workers is much higher than for Swiss citizens. For workers in these two groups, language requirements can be quite low. For example, English is mostly irrelevant for 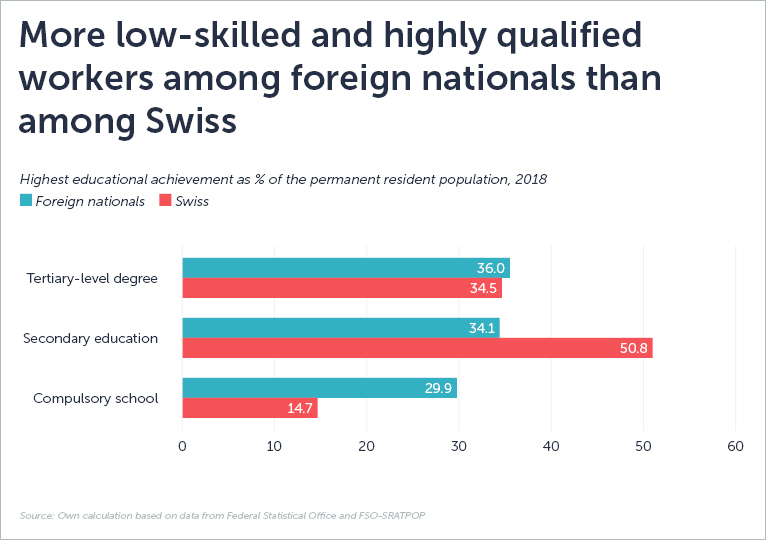 blue-collar workers such as builders and janitors, and non-native speakers are often only required to have basic command of a local language. On the other hand, local languages are not necessarily essential for workers in international corporations, universities, and other international institutions and organizations, where English is commonplace.

However, migrant workers with intermediate skills and qualification levels, compared with local workers at the same level, are at a disadvantage in terms of language competitiveness when applying for jobs, because many positions at this level require proficiency of both a local language and several other languages. There is a much higher proportion of Swiss workers in this range, and it also happens to be where most vacancies are found in Switzerland.

In an experiment which tested HR managers’ discrimination against candidates with non-Swiss background, researchers found that candidates with certain foreign-sounding names who “whitened” their CVs and indicated fluency in only the local language were better received than those who convey a cultural attachment to their country of origin. They concluded that “CVs that convey multiple signals of attachment to one’s culture of origin are heavily sanctioned by assessments of lower productivity [6].” Children of immigrants who have Swiss qualifications and dual nationality must send out 30% more applications to receive a call-back for an interview when applying for apprenticeship level positions [7].

Ensuring equal employment opportunities for migrant and immigrant workers in the labor market is beneficial both to these workers as well as the host society. Access to the labor market increases their social participation, which is essential to integration. Meanwhile, paid work reduces their dependence on social welfare. At JANZZ.technology, we believe that anonymized procedures at the very beginning of the job application process can largely reduce discrimination and improve equal opportunities. To learn more about JANZZ.jobs’ anonymized procedures, please contact sales@janzz.technology