Does this situation seem familiar to you? On the Uber ride to the airport, you get caught up in a conversation with the driver and before you know it, you’re in the middle of a discussion about the potential of genetically modified bacteria to create cancer drugs. It quickly turns out that there is an extremely educated person in the driver’s seat who is currently putting his education to rather limited use. A new report from the International Labor Organization (ILO) on this matter now shows that only half of all workers worldwide have an occupation that matches their level of education. At the same time, many employers report difficulties in finding qualified personnel. This situation not only points to a significant gap between educational institutions and the working world but, depending on the facts, it also undermines the relevance of omnipresent keywords such as ‘upskilling’, the hype of which we have already questioned in the past. 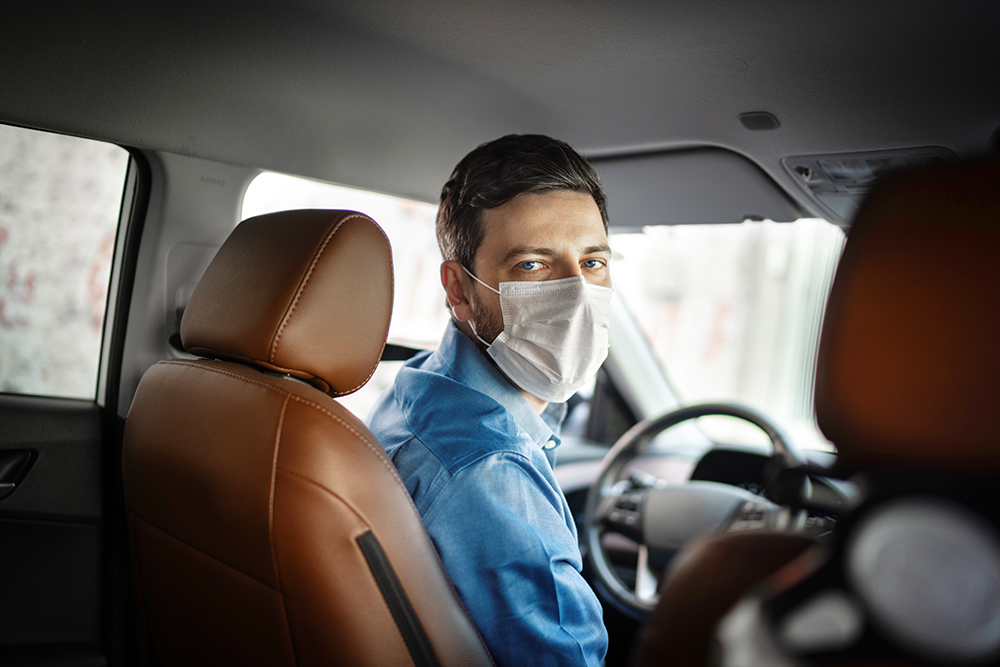 The main findings of the report published by the ILO in September reflect realities that we, at JANZZ, have been anticipating for some time. Despite improved access to education and an increased level of education, the overall match between workers’ level of education and the actual skill level required for their occupation is a sobering 50% worldwide. Breaking this mismatch down into its individual components results in over- and under-qualification situations. [1] In concrete terms, this means that oftentimes there is a gap between the work that people can or want to do, and the job profiles and qualifications for which there is an actual demand. Indeed, from our own data analysis, we can cite as an example the fact that, in Europe, there is currently a shortage of about 400,000 truck drivers, as well as hundreds of thousands of nursing and care workers and employees in the catering and hotel industry. The main problem here, however, is not a lack of skills but rather a lack of willingness to learn certain professions. The reality is that the previously mentioned occupational fields are often underpaid, thus, resulting in a general lack of interest to then remain in those positions for a longer period of time.

Accordingly, the ILO study found that while there is over- and under-skilling in all countries, the patterns differ depending on the income level of each country. The matching rate increases with progressively higher median income in a country, which means that in countries with lower wages, just one in four workers have a job that correlates with his or her level of education, like our opening example of the biotechnologist driving a cab. There is a tendency for undereducation to be more common in lower income countries, while overeducation is more common in high income countries. [1]

There are different reasons for both circumstances: Workers are sometimes overqualified for their jobs because they accepted them for motivations other than aspiration, for example because the position offered specific benefits such as shorter commute times, better work-life balance, or an experience opportunity for later, more demanding jobs. However, these people are only part of the workforce. Another part can be attributed to distortions in the labor market, according to which the supply of workers with higher levels of education exceeds their demand. In the case of undereducation, the main causes are in turn the relatively low completion rates and the lack of formal qualifications amongst a large workforce, which is more common in low-wage countries where educational opportunities tend to be poorer. [1] In addition, given the low chances of finding a job in their own level of education, many also take available jobs for which they are overqualified, but which provide them with an immediate source of income for their livelihood. From our own sources, we outline the example of Paraguay, where around six times more lawyers are trained than the labor market can accommodate after their graduation. Many of them end up in jobs in call centers, retail or administration, where there is hardly any connection to their legal skills and knowledge.

Among the inadequately trained employees, some can at best make up for the lack of qualifications by acquiring the necessary skills through on-the-job training or self-study. Overall, however, there are still numerous negative consequences of these mismatches due to over- or under-qualification that affect the workforce, the employer community, and society as a whole. For example, a high degree of overqualification can lead to a loss of motivation and suboptimal returns on investment in education and training. In addition, every overqualified person always occupies a position that could or should be held by someone more suitably qualified. On the other hand, many underqualified employees face difficulties in the transition from the informal to the formal economy, which can have negative consequences on productivity and innovation, as well as economic growth. Since the examples that we mentioned are rather longer-term phenomena, according to the ILO, systematic, i.e., political measures are usually required to solve them. [1]

The problem of upskilling and reskilling

Let us make a few more comments on one specific finding of the ILO study. Among other things, the report emphasizes that in countries with medium-high to high average incomes, about one-fifth of all workers today are overqualified [1]. In countries like Finland, where just under 75% of the population has a university degree but where there are considerably fewer jobs at this level of education, this rate is even higher [2]. At the same time, keywords like ‘upskilling’ and ‘reskilling’ are on the lips of everyone who talks about the development and future of labor markets. Such training processes can make sense within a company, but they are not automatic, especially not when it comes to the entire labor market of a state or region. As soon as experienced employees who are well established in their positions are moved or promoted to another function or activity because of upskilling, their old position must first be filled with someone suitable. This task alone can cause red flags for HR, as the assumption that all such ‘pre-upskilling’ positions will immediately cease to exist is misleading and incorrect. The situation may become even more convoluted when a country has a harsh migration policy and there is a lack of workers for low-wage jobs (often disdained by citizens), for instance, as can be observed nowadays in the nursing field in the UK [3].

Furthermore, in his or her new position, it is not certain that the promoted person will perform equally well or be as satisfied as before, or whether the promotion and the accompanying increased responsibility is a right fit for that person. Management literature knows the so-called Peter Principle, according to which a large part of the inefficiency on the labor market is due to the fact that in hierarchical structures, such as a labor market, every employee tends to rise to the point of incapacity. Although this theory has a satirical undertone, it nevertheless seems to be somewhat true, not least when considering the rather low downshifting rates [4]. When it comes to reskilling, the situation looks somewhat better in that it is conceivable in this process to be able to transfer and adapt at least so-called “core skills” from the old job to the new one.

Back to the findings of the ILO report: Even if none of the above problems occur, the fact remains that in our geographical location many people are overqualified for the work that they do on a daily basis. A prime example of this is the trend among medical students who seek to become a specialist, even though, depending on the area, the occupational demand for it can be rather limited and there is an existing deficit of family doctors. Moreover, one can also wonder, why at Swiss universities, efforts are being made to attract not only geography students but also lateral entrants from geology studies to train as geography teachers for secondary level II. What is problematic about this is that there is already no (increasing) demand for this profession, while at the same time, there is also a shortage of primary and lower secondary level teachers. Furthermore, data from an OECD survey indicates that, compared to EU/OECD countries, Swiss nationals are more often overqualified than immigrants, with the latter accounting for an above-average share of the workforce in the low-wage sector (60%) [5]. This also indirectly reflects where there is a real need for personnel…

Over- and under-skilling remain a current problem in most labor markets, despite considerable progress in global access to education. Both conditions reflect underutilization of human capital and can carry high economic and social costs. What needs to change?

To reduce such mismatches overall, it is first necessary to capture and assess the extent to which the level of education of workers in a labor market matches the level of education required for their jobs. This is done by means of analyses such as the ILO’s cited here. (See also our English-language contribution to a Nobel Prize-winning paper that systematically explains the asymmetry between the large number of unfilled jobs and simultaneous unemployment within a market). As a next step, this data would also need to be incorporated into a country’s education planning and human resource development, which may be complemented by policy measures. In countries with high rates of undereducation, the undereducation of those who already occupy highly skilled jobs or will do so in the future must be raised by qualitatively adequate means. It should be noted, however, that simply upskilling all job seekers in a labor market that offers many low-skilled positions will neither automatically eliminate the mismatch, nor lead to a reduction in the unemployment rate.

Furthermore, it would be important to actively create more transparency for the public about the actual demand of a labor market, especially in countries with a high rate of overqualification. Ideally, such information would motivate future workers to train in a ‘meaningful’ direction or at least to be aware of the suboptimal employment opportunities after graduation and to inquire about real (and often equal in terms of wages in German-speaking countries) alternatives, such as apprenticeships. What is therefore certainly not conducive is to propagate upskilling and reskilling towards trendy degrees and competencies as ‘the thing to do’, which unfortunately also happens regularly today due to published (and quoted) misinformation on this topic. The latter can have rather dangerous and far-reaching consequences for society, especially if done through governmental and political voices, because such false promises and forecasts will widen the skills gap more and more and possibly have global implications in areas such as migration.

Finally, more emphasis should be put on adequacy in the actual matching process between candidates and jobs. This requires, first and foremost, reliable and information-dense data collection, analysis and classification. Here at JANZZ, we gather just such information through a variety of projects, including collaborations with the Public Employment Services (PES) of countries around the world. This has allowed us to develop market-leading evidence-based solutions since 2010. Our systems are not only efficient, scalable and extremely powerful, they also rely on ontology-based semantic matching. Furthermore, our tools all deliver unbiased results according to the OECD principles on AI. We are keen to stimulate fact-based discussion on all issues related to labor markets and processes, and to raise social awareness about them. After reading this article you might think about how many people in your environment are working in a profession that truly corresponds to their degree (level)…

If you would like to learn more about our offerings, please contact us at info@janzz.technology or via contact form, or visit our product page for PES.

[1] ILO. 2021. Only half of workers worldwide hold jobs corresponding to their level of education. URL: https://ilostat.ilo.org/only-half-of-workers-worldwide-hold-jobs-corresponding-to-their-level-of-education/

[2] Clausnitzer, J. 2021. Population with educational qualification in Finland 2019, by level of education. https://www.statista.com/statistics/528083/finland-population-with-educational-qualification-by-education-level/

[3] Inman, Phillip. 2021. Does the UK have a wage problem? URL: https://www.theguardian.com/money/2021/oct/06/uk-wage-boris-johnson-skilled-skilled-economy

Wanted: healthcare workers – but why aren’t these jobs being filled?
Scroll to top