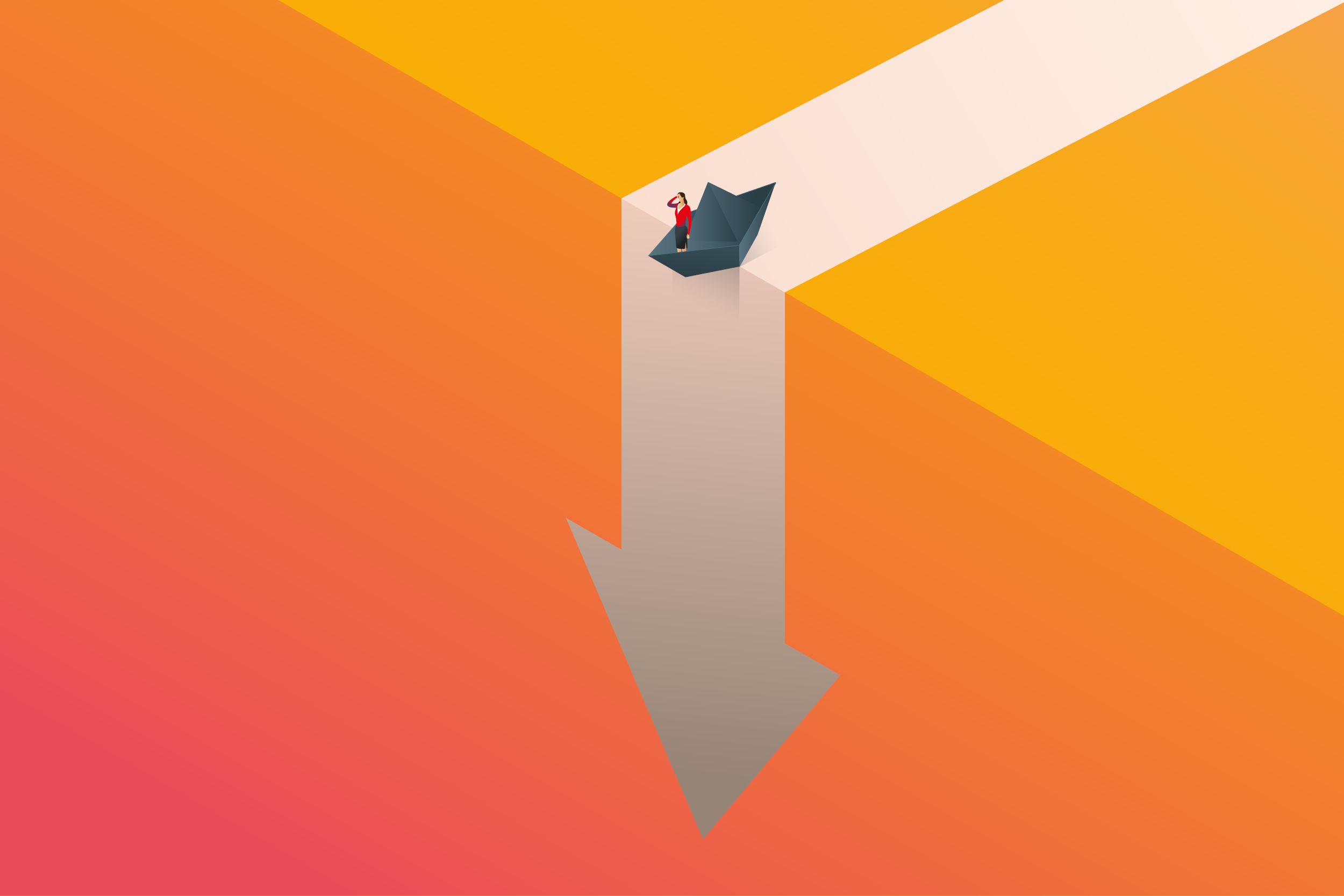 Read the last article in our series on current events in the labor market, written from the perspective of an airport employee. We conclude it by turning to price pressure and the associated issue of consumer responsibility, and illustrate this with the example of the struggling airline industry. In doing so, we also show that this sector and its troubles are ubiquitous and should be of interest to all of us – not just because of its impact on the environment.

Over the past few weeks, I have followed with great interest (and often also a dash of horror) the reporting by various media channels on the ongoing crisis situation in the aviation industry that is caused by a shortage of staff. Even though I did not always agree with everything that was said – especially in the comments sections – I feel that it is very important that this matter is being addressed publicly. (Disclaimer: I myself have been working as a baggage handler in this very industry for many years, have a lively exchange with my work colleagues at the airport and am therefore speaking from actual experience). In said news contributions, I have read, seen or heard almost everything, from management salary analyses to insurance tips for travelers. However, one, in fact obvious, aspect of the whole mess seemed to be missing in the conversation. You may have already guessed it, I’m referring to the role of consumers, who coincidentally (?) often also belong to the target group of cited media. In the following, I would therefore like to say a few words on this subject. Before you now dismiss it, because you do not feel addressed as a non- or non-frequent flyer, I would like to add this preliminary remark: My experience in the airline industry is just one instance of a problem that extends far beyond into other areas. No matter whether we talk about aviation or the import of cheap goods. The luxury of some people always comes at the expense of others. And be aware that we look at this very fact through the lens of the rich developed nation of Switzerland – what it means for other countries, most people do not even want to imagine.

One more preface: I would really like to thank those who publicly speak out for better working conditions and wages in my industry. This verbal support is an important start to improving circumstances in sectors and professions like mine. But it is also just that; verbal and a start. Is it laudable to use your voice to stand up for workers who due to the holiday season have other things to do than argue about long waiting times in the comments? Or to say thank you to them? Absolutely. But unfortunately, at the end of the day, I still get very little out of it if my salary  is based on the (still applicable) crisis collective wage agreement and allows me to live just above the poverty line. In addition, the authors of such statements lose a great deal of sincerity and credibility in my eyes when in real life you still end up encountering them hunting for the cheapest bargain or loudly proclaiming their annoyance over a lost suitcase. It’s like “I really do think that those poor bastards who carry my luggage deserve more. But…”. As soon as they get to feel the pain themselves, solidarity comes to an abrupt end for many people. Even better, of course, are those who don’t even think about people like me and just think that “it’s so cool” to party every weekend in a different European city…

In the current discussion about aviation, you can hear a lot of moaning about the mismanaging, greedy executives of the airlines and airports. Believe me, I probably agree with you on many points there. Of course, a general price increase will not guarantee an automatic positive impact on employees’ wages. But this does not change the fact that most people are not willing to pay higher prices for their flights in the first place – not always just because they could not afford it. After all, I’ve already stumbled over the word “human right” several times in relation to flying nowadays. “Fun” fact from the TV program Kassensturz: In order to cover all the costs actually incurred, air ticket prices would actually have to be at least twice as high. These actual costs refer to the circumstance that the airline industry still benefits from a number of outdated special rights, resulting in reduced costs: Unlike for cars, for example, there is no mineral oil tax for airlines. And unlike train tickets, no value-added taxes are levied on plane tickets.

If the calls for fairer wages from those outside the industry are meant to be sincere, the real cost of air travel in the broader sense should also include the almost universally mediocre pay of many employees in my industry. Since the beginning of the 1980s and the worldwide deregulation of commercial aviation, flying has become steadily cheaper, so it is no wonder that today’s consumers have become very sensitive to cost increases – they are not used to anything other than low-cost carriers. But they should be (or become) aware that the price pressure they induce is often passed on unfiltered to the staff in the air and on the ground. As I said, there can’t only be winners in such equations. Just as a small example: A cabin crew member in Switzerland earns between CHF 3,145 and 4,500 gross, depending on seniority. After social deductions and health insurance, this is hardly enough to live on, especially if you are not allowed to live more than an hour away from the airport because of your job. Let alone to provide for old age. It’s therefore not surprising that it’s becoming increasingly difficult to find people who will work under such conditions. Clearly, it is also up to those “price-sensitive” customers to recognize their responsibility for the consequences of their demands and to redefine their point of view. Not to mention the hypocrisy of certain passengers who claim to environmentally compensate their flight to Bali with a Meatless Monday and some fair fashion…

And one more thing: As is already becoming apparent, it is not only the airline industry’s environmental impact that ultimately affects us all. What the situation at many international airports is showing us right now is that stingy behavior that is neither ecologically nor economically sustainable will ultimately backfire. Sooner or later not only the ‘direct losers’ in the equation will have to bear the resulting costs, but the general public as well. Be it in the form of delays, lost luggage or when taxpayers’ money has to be used to pay the health insurance premium subsidies of underpaid stewardesses and the national pension scheme has ever larger funding holes due to the inadequate salaries. We are also already seeing what the consumers’ reaction to the cancelled flights can bring: many people switch to driving by car (not to trains that would have been more climate-friendly) and traffic jams are currently forming the likes of which we have not seen for a long time. Now whether that’s better, you tell me.

That is why, ladies and gentlemen, I plead for more consumer (co-)responsibility, also in the case of aviation. Of course, it is easier and more pleasant to deny any involvement in problematic developments and to point fingers at others or to describe everything as a structural problem (and therefore unsolvable by the individual). But this does not resolve the issue and is of limited help to the employees directly affected by the crisis. The scenario is similar to that in other sectors of the economy; just think of the food service sector or the fast-fashion paradox. In my opinion, being unaware (or is it calculated ignorance?) does not fully shield you from complicity, and as long as I continue to overhear passengers getting upset about the smallest increases in fees and prices, I cannot take their appreciation and compassion 100 percent seriously. Therefore, dear consumers, please do care, because you will feel the effects of the current mess not only during the next strike.

At JANZZ, it is not only important to us that the best job candidates, regardless of location and industry, get the best match with an advertised position, but also that they are compensated appropriately for their work. This is one of the many reasons why we are a trusted partner to an ever-growing number of Public Employment Services (PES) in various countries around the world. We develop evidence-based solutions and have been successfully deploying them since 2010. Our job and skills-matching solutions are fair and non-discriminatory and provide completely unbiased results in accordance with the OECD principles on AI.

Would you like to take a step towards fairer labor markets? Then contact us at info@janzz.technology, via our contact form or visit our product page for PES.

[1] Mario V. is a fictional character from our series on current events in aviation and their impact on the labor market. See here for Part 1 and Part 2. Any similarities with real persons, living or dead, are purely coincidental.

AI ethics – you can’t build something on nothing. The One-Eyed Leading the Blind – Why you need more than data science and machine...
Scroll to top