Despite many efforts, young women are still under-represented in science, technology, engineering and mathematics (STEM). Studies show that many advantages can be achieved by completing a STEM degree, both for individuals and for entire countries. Public Employment Services should therefore effectively strengthen the STEM sector. There are various reasons why: 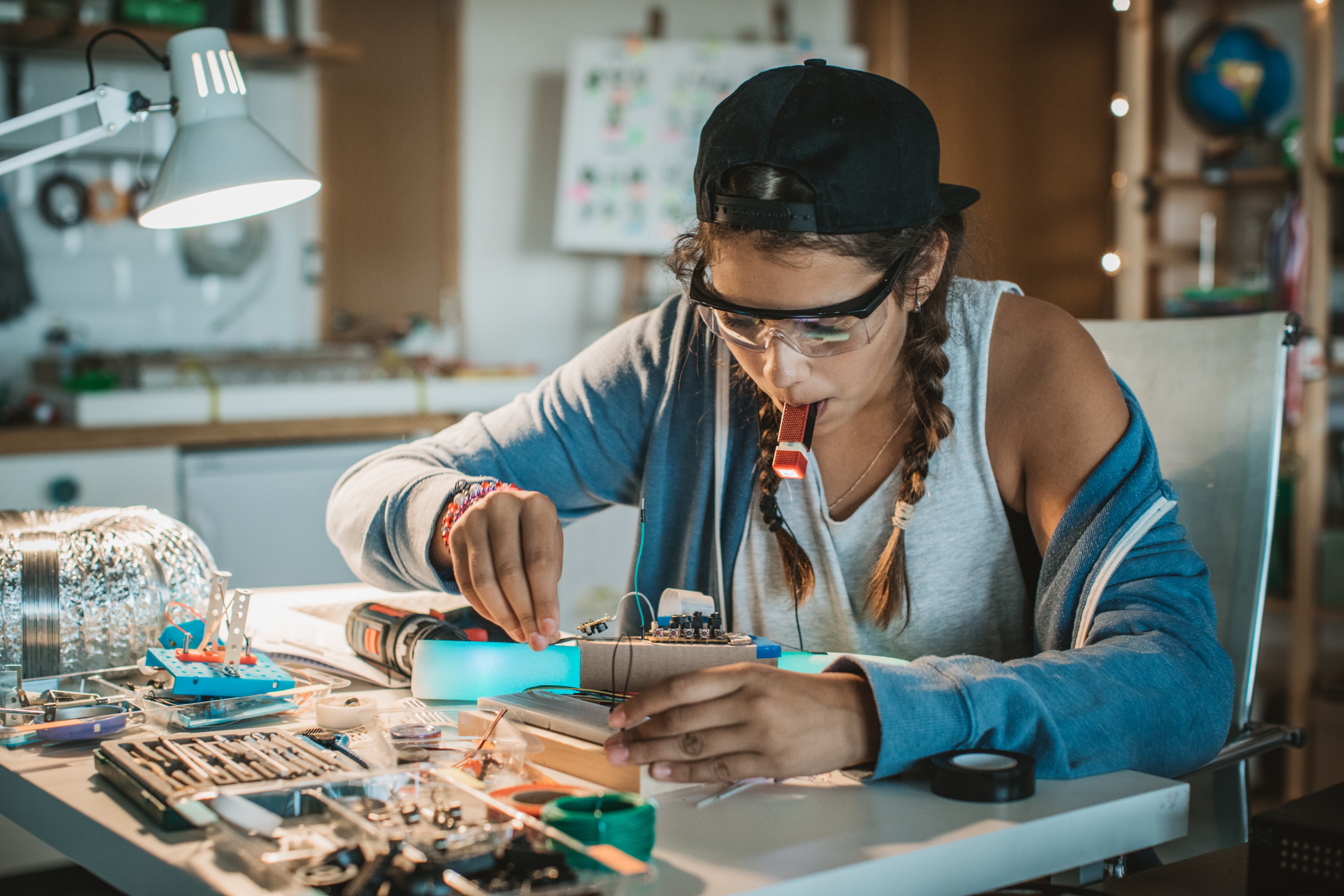 Many employees with a STEM degree earn higher salaries. The US Bureau of Labor Statistics emphasizes that 93 out of 100 STEM occupations have wages above the US average. At the same time, the average income of graduates in STEM occupations was twice as high as the one of non-STEM graduates. STEM graduates also earned more on average if they worked in a profession that was not in the STEM sector. Statistics from other countries confirm these wage forecasts. Last but not least, the probability of becoming unemployed is much lower with a STEM degree. For example, the unemployment rate among STEM employees is overall lower, and in the United States only about half as high as among non-STEM employees.

It is no secret that an increasing number of specialists are being needed in this sector, if only because of the technological developments. For example, headlines recently stated that only in Germany there is a shortage of 100,000 engineers, most of them electrical engineers. In addition, mathematicians are being used more and more in every field. Whether it’s production planning, insurance benefits, salaries or your favorite lunch – they calculate basically everything. For example, it was recently calculated that people may survive a fall into a black hole. 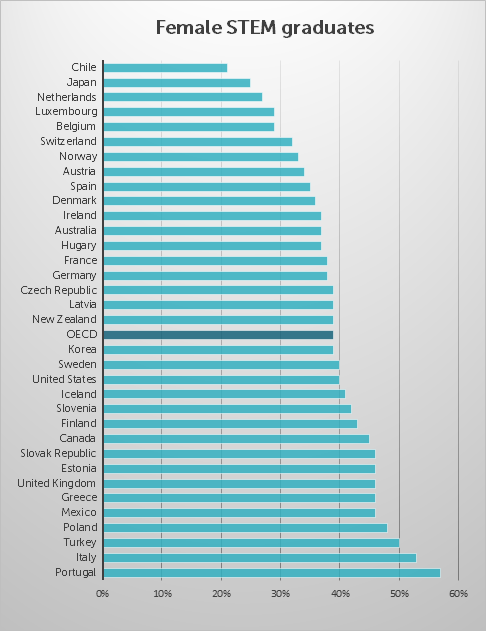 Female share (%) of all tertiary graduates in science, mathematics and computing, 2014 or latest available year. Source: OECD (2017). The Pursuit of Gender Equality: An Uphill Battle, Fig. 1.1 B.

In order to meet this need, a great number of STEM graduates are needed but particularly women often do not dare to study a STEM subject. Studies have shown that girls do not generally perform worse in mathematics than boys but they are more often afraid of scientific subjects and predict themselves to perform worse.

How can girls overcome their fears of mathematics? How can their self-confidence be strengthened? The OECD recommends to start at an early stage, as it has been identified that decisions on the career path are usually taken at the age of 15. For example, STEM summer schools should accept a larger number of girls to alleviate their fears and highlight their strengths. It is currently twice as likely that a 15-year-old boy would like to work as an engineer, scientist or architect as a girl of that age. At the same time, less than one percent of girls want to become IT specialists.

Public Employment Services should combat this trend and invest in the future of their women and thus also of their countries. The digitalization requires many well-educated STEM employees, while at the same time citizens can be better protected from unemployment and a good standard of living can be ensured. We are glad to provide further hints at info@janzz.technology