This year’s Single’s Day, China’s biggest online shopping frenzy, set yet another record. Since the establishment of Taobao, a Chinese online shopping website owned by Alibaba, in 2003 a great number of careers have been introduced. They include, for example, occupations such as online store owners, online shop decorators, overseas purchasers or e-commerce models. Over the past three years, another new industry has grown rapidly in China: by now, the live streaming industry has induced the rise of several jobs, including network anchors and anchor brokers.

What status does live broadcasting in China have today? The following figures are an attempt at answering this question. According to the country’s 42nd Statistical Report on Internet Development, as of June 2018 the number of live webcast users is about 425 million, which accounts for 53% of the total number of Chinese Internet users [1]. In 2017, China’s report on webcast industry development stated that the overall revenue of the country’s online performance market amounted to 4.39 billion dollars, which marks a 39% increase since 2016 [2]. 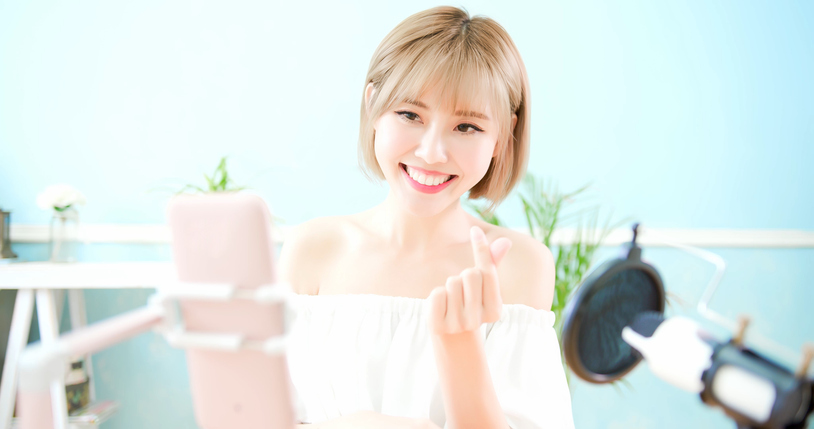 If we trace live streaming broadcast back to its origin, Norway’s “slow television” program could be regarded as the first “boring live webcast.” As early as in 2009, the Norwegian Broadcasting Corporation NRK broadcasted a program called “Bergen Railway: Minutes and Seconds”, which showed the lengthy process of a train departing from Oslo onto a 7-hour journey to Bergen. The program attracted 1.2 million viewers. In South Korea, an eleven-year old boy named Jin Chengzhen started to stream himself having dinner live online. For one particularly popular show Chengzhen earned $ 1,600 in one night. The live broadcast of a US news website proved to be similarly famous when it showed a video of the so-called “watermelon rubber band challenge.” After the video’s spread across social media, it had more than 10 million hits [3].

Development of the live broadcast industry in China

Live broadcasting in China has also gone through a stage of dullness; for example, with topics like sleeping, eating or brushing hair. However, after the so-called “thousand live-streaming platform battle” and some serious financing competition in 2016 the live broadcast industry as a whole has become more sophisticated: platforms are increasingly differentiated, the overall quality of anchors has improved, and the contents of live broadcasting have gotten more diversified. One platform, for instance, targets only students by using campus stories as a featured column. Another platform introduced the feature of live sports-related broadcasting, which aimed at increasing viewers’ fun by fusing live watching and simultaneous online interaction [2].

The addition of AI (Artificial Intelligence) applications has taken live-streaming platforms even one step further. Among other applications, companies use AI face, gesture and background recognition on their live-streaming platforms. These features enable them to provide network anchors with services such as beauty retouch, eyes widening or background changing. One technology company has established an algorithm to identify fraudulent users and to store them in their own data network. Another tech company uses AI image recognition technology to review streamed content, as to identify pornographic, violent and politically sensitive contents [2].

Do you want to be a live-streamer?

In China Internet live-streaming stars are the new thing. A 2017-published report featuring the new booming industry of broadcasting communicated that streamers belong to the top earners for the past two years. About 35% of full-time streamers earn more than $1,200 a month and 6.6% of them earn more than $4,300. Not only do they get well paid by the platforms, but they also earn additional income through product placements and taking part in promotional events. Unsurprisingly, then, China’s Ministry of Human Resources and Social Security pointed out that more than half of the graduates, list live-streamer as one of their dream jobs [4].

In the realm of digitization, AI will have a major impact on the live-streaming industry. Only recently has the Chinese news agency “Xinhua” together with the search engine “Sougou” introduced its first AI-streamer. They resonate in a human-like manner and have a lifelike image, mimicking facial movements and gestures, almost resembling the real-life streamers. Unlike their human counterparts, however, the AI-streamers don’t have to take breaks and rarely make mistakes given that their text is written correctly. With AI becoming increasingly integrated into our lives, they pose a competitive threat not only to the streamers but also to the job market in general [5].

Because of the leap forward in technology, 65% of children entering primary school today will eventually engage in new occupation types requiring new skills, as a study published by the World Economic Forum (WEF) suggests. It highlights further how the rapid technological change in fields such as robotics, driverless transport, AI, biotechnology, advanced materials and genomics, will act as a catalyst in creating new opportunities for the job market [6]. According to the WEF, 75 million current jobs could be displaced by the end of 2022, while 133 million new job roles may emerge at the same time. New opportunities will arise, all of which will be based on, and enhanced by, the use of technology. Examples include data analysts, software and application developers, and E-commerce and social media specialists [7].

For many years, JANZZ.technology has been working with various actors in the worldwide job market. We offer our know-how and the right data on skills, specializations and general challenges in job market.

Cut through the hype: What AI is really all about Real Insights Into the Future of Work
Scroll to top